Supercharger Decides to Self Destruct at the End of the Track

Supercharger Decides to Self Destruct at the End of the Track

As drag racing enthusiasts, we’ve certainly seen our share of engine explosions. However, this could be some of the best footage we’ve seen, especially as far as close-up views and unique angles go!

This fuel altered – a wildly popular class on the west coast and throughout the midwest – is on a solid pass down the famed 1320 at Auto Club Raceway in Bakersfield, California when the engine backfires hard enough to blast the supercharger off the top of the engine in a massive fireball. The fire quickly dissipates and driver Sean Belt is able to safely bring the car to a halt and exit safely. The safety crew is on the scene within seconds to put out the remnants of the blaze and make sure Belt is okay.

Thanks to the roof mounted camera and front-back perspective, we get some great looks at how intense the explosion itself and subsequent fireball were! Very cool stuff!

How to Destroy an Old Ford Truck, Redneck Style! 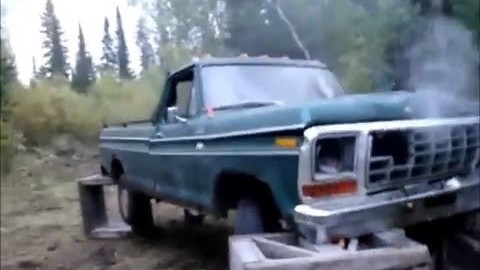