Supercharging a Stock 1968 Charger That Hasn’t Run in 35 Years (What Could Go Wrong!?) 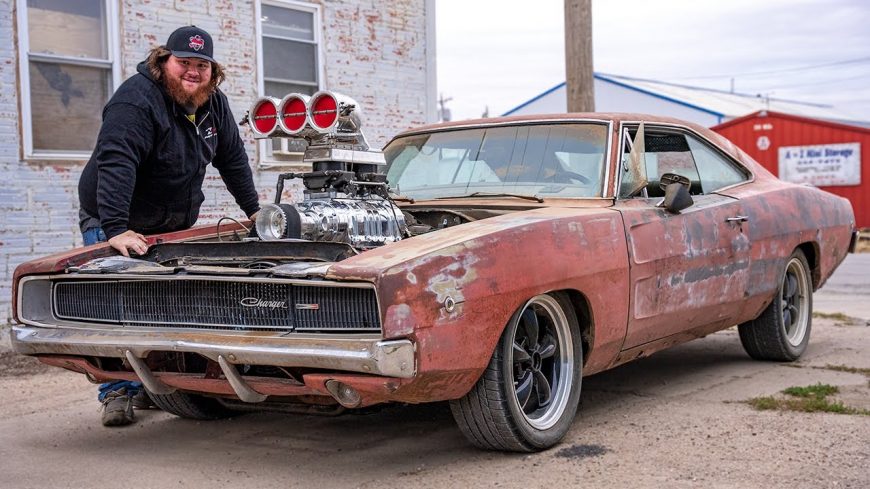 For those who have familiarized themselves with gearhead YouTube, we are pretty much all familiar with the barn find rescue videos. Essentially, somebody will go out of their way to find a pretty awesome old school car or truck that hasn’t run in years. Whether it has been one decade, two, or maybe even more, they will then challenge themselves to bring the car back to life and let it breathe once again.

It’s pretty awesome to watch the steps that it takes to bring life to something that hasn’t given been given any attention for decades. It can also be pretty informative as we learn exactly how to go about repairing things and pick up some new tricks along the way.

This time, we check in with a project that is in that vein but really takes things to a new level. For Westen Champlin, he came up with quite a gem when he stumbled across a 1968 Dodge Charger. This particular machine hasn’t been up and running for about 35 years or so. However, everything was about to change when Champlin got his hands on it.

Instead of simply making this machine work as it did when it stopped running, Champlin decided to throw a little bit of modification at it. Now, it’s nothing new to modify an old-school muscle car. However, taking the stock engine that hasn’t seen the street in decades and slapping the biggest supercharger one can find on it is definitely not something that we have seen before.

Down to the video below, we get to see just how far this engine can be pushed and if it will eventually meet its demise after being supercharged. One would think that with all of those old school components that haven’t been maintained over the years, it’s not going to take very much to break them. However, they certainly don’t make things as they used to and perhaps this old-school muscle machine will surprise us.

« Farmtruck and AZN Debut “Spit Wad” Build (Behind the Scenes)