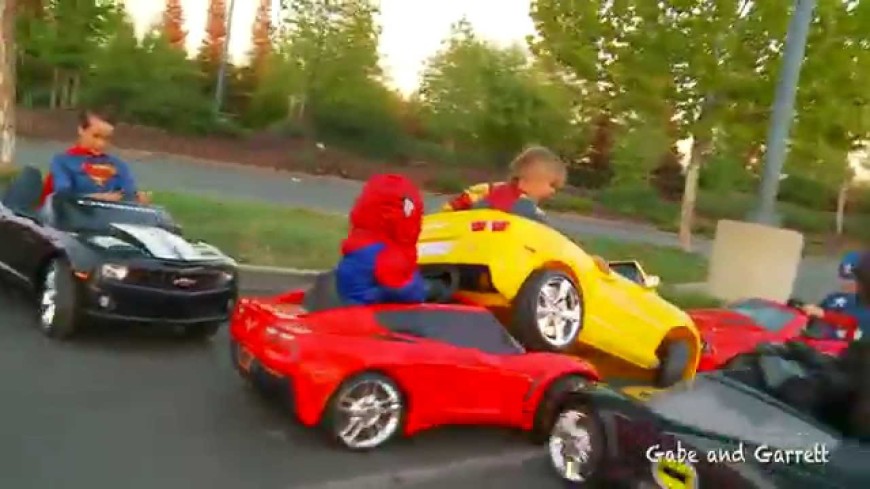 When we were kids, Power Wheels weren’t really as common as they are today and watching this video really makes us wish that they had become more popular sooner.

This time, we check out an entire selection of Power Wheels going head to head as kids go head to head in this superhero drag race that really resembles the World’s Greatest Drag Race, except on a bit smaller scale, of course.

From the Chevrolet Corvette to the Ford Mustang, these kids are really decked out in some of the coolest toys that you could imagine. This is play time gone viral!

Check out the video below to see which one of these miniature competitors will reign victorious. This had to be a complete blast for the kids to film!

« Drifting With A Horse And Buggy – One Horsepower!