Suppressor Meltdown! 700 round Burst Through an M249 SAW!

Suppressor Meltdown! 700 round Burst Through an M249 SAW!

Fully automatic firearms are always fun, especially when you have a n M249 SAW and ...

Fully automatic firearms are always fun, especially when you have a n M249 SAW and you decided to twist on a suppressor and throw 700 rounds through the rapid fire light machine gun. We’re kind of a little jealous of these guys, as putting this much hot lead downrange looks like a blast!

However, we aren’t sure where we stand on the suppressor situation, as it doesn’t exactly stand up to the abuse. However, we aren’t exactly sure any suppressor is designed to stand up to just under a full minute of rapid fire from this wicked machine gun. You can see, it seems to hold up pretty well for the first several seconds of firing, but quickly begins to glow a telling orange hue that could only mean one thing: it’s getting really hot!

From about ten seconds into the firing until about 15 seconds in, the orange glow heightens in intensity and around that 15 second mark, the silencer actually ruptures, allowing the hot gasses and residue to escape out the side instead of directing them out the exit.

Then around 34 seconds into the demonstration, the suppressor actually fails completely, breaking in half, the free end falling to the ground. You also notice the barrel has started to glow as well, indicating just how heating things are getting at this point. However, there are rounds left in the belt, so the firing continues.

Finally, the last bullet flies and the gun falls silent, leaving a glowing barrel and a destroyed silencer among a pile debris from the belt that fed in the ammunition.

We’d love to get our hands on one of these things for a day and a box or 2 of ammo. What would you suggest we setup to shoot at if we do ever get our hands on one? We don’t want to bother with fruit or anything silly like that. We’re thinking maybe we’ll try to cut a car in half! What car should we try to SAW in half with this thing? 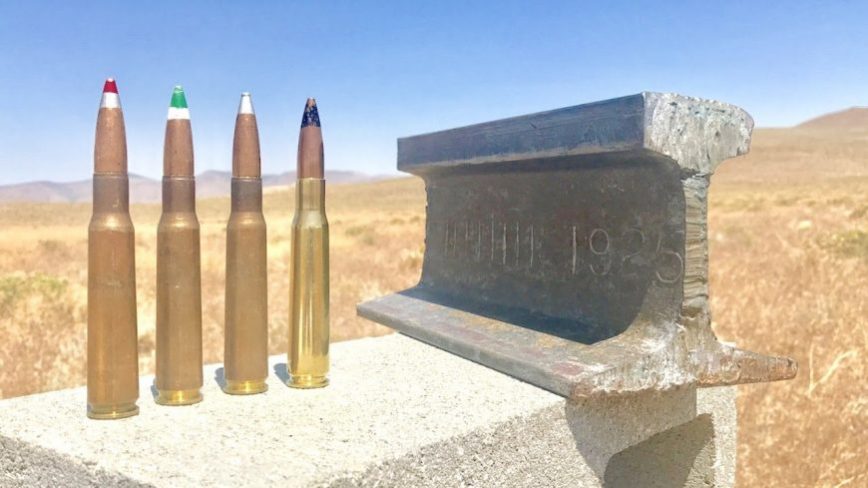