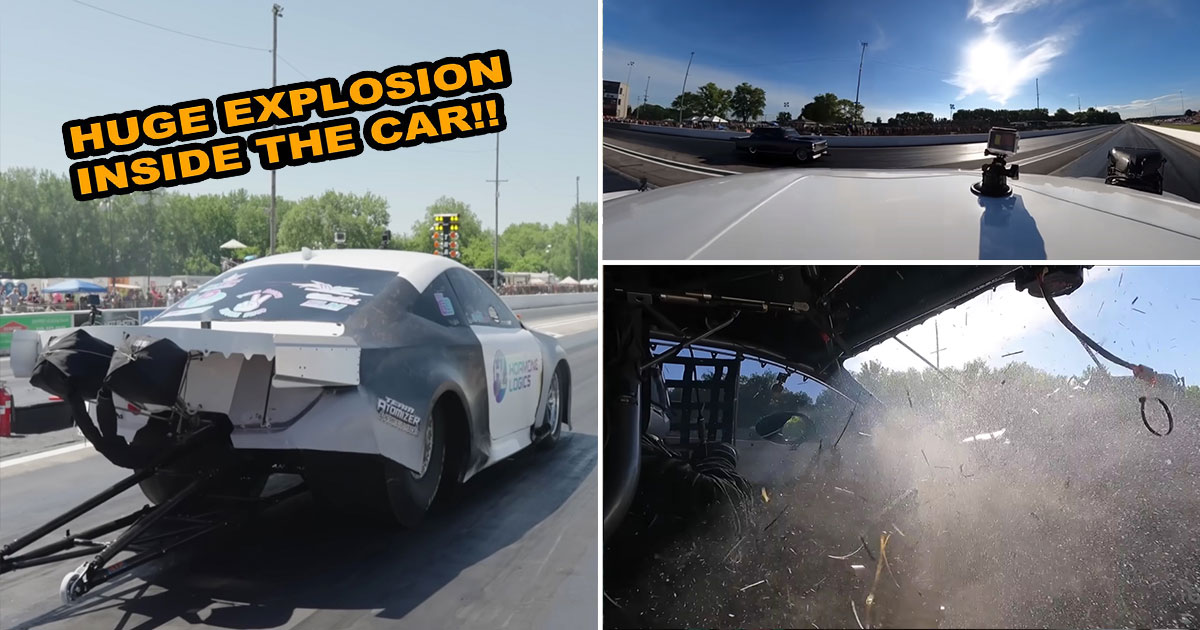 Sometimes, when you have bad luck it can tend to snowball in the world of drag racing. For Justin Swanstrom, he can definitely testify to this idea as things haven’t exactly been all sunshine and rainbows for the Street Outlaws: No Prep Kings competitor lately.

Some might remember, about a month ago, that Swanstrom’s Lexus ended up in the crosshairs of a competitor quite literally. As the Corvette in the next lane over got loose in the middle of a pass, the car collided with Swanstrom’s who incidentally was dealing with a small crisis of his own as his car had just begun to unleash a little bit of fire in the cockpit. The sequence of bad events came to a head when Swanstrom ended up in the wall and the car was set completely ablaze.

With a section of fans on his YouTube channel cheering him on, Swanson was able to make a pretty quick turnaround, nearly rebuilding his entire car in just a couple of days. It really did look like his ride was pretty much done for the season if not forever. However, with a full head of steam, Swanstrom and company were able to get the Lexus back on the track once again for the next No Prep Kings event.

As the Street Outlaws headed to Ohio and Swanstrom was fresh off of a grudge race win, things were looking good. However, on the No Prep Kings front, two first-round exits in a row were something that the driver was hoping to avoid making a habit of this time around.

Down in the video below, we get to check in with Swanstrom as he heads to Ohio and does seem to be gearing up for a little bit of success. However, it’s not long before the transmission ends up giving him an issue, exploding in the car during a pass against Daddy Dave. The in-car footage is enough to make viewers’ hearts skip a beat so we can only imagine what it was like to be in the cockpit firsthand.