Swapping a 1000 hp Hellephant Engine Into a Ram TRX 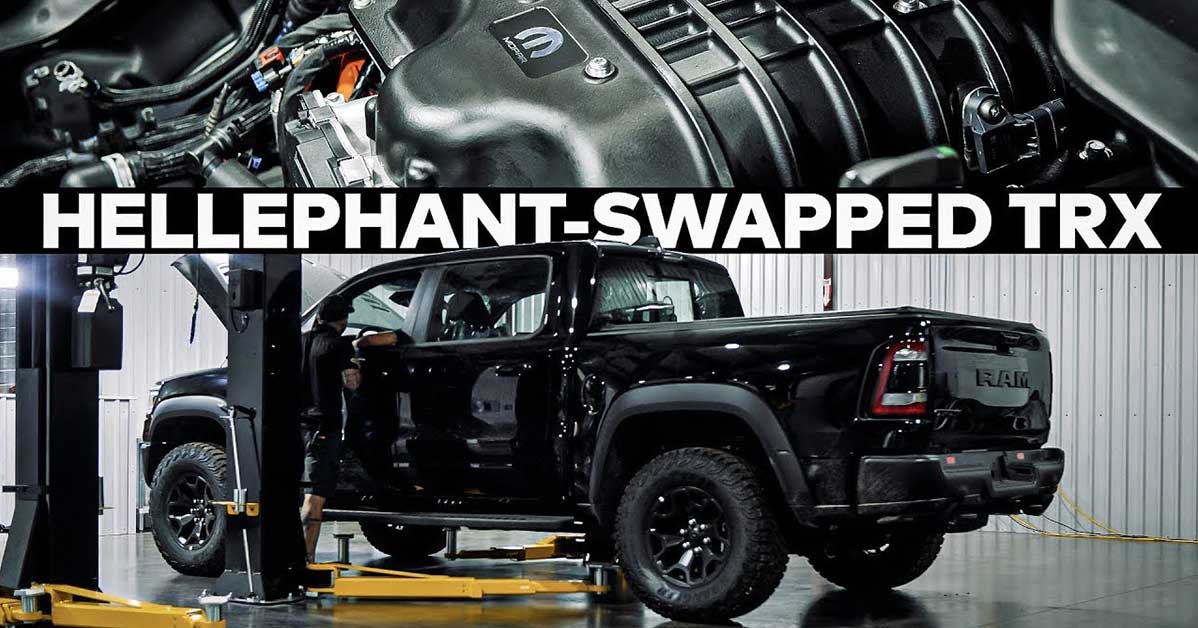 On the market, there is no truck quite like the Ram TRX. Under the hood, we find over 700 hp on tap that will really get the model going just about anywhere that the driver wants to go thanks to an off-road suspension.

We aren’t here to read you the brochure but we think that most people can see that something like this would be incredibly awesome to get behind the wheel of. In fact, it’s more than 250 hp more awesome than its next closest competitor in the Ford Raptor.

While the stat sheet presents a truck that most people would just get in and go, there are some madmen around the world who want to make it even faster. Hennessey Performance just so happens to be one of the shops that have an urge to do so and they’ve done this in a multitude of ways.

One way that they’ve done this is by tweaking the factory performance platform and creating what they call the Mammoth 1000. You can learn more about that 1000 hp package by clicking here.

This time, though, we check out something that’s entirely different. Instead of building upon the architecture that was already in the truck, Hennessey took a different direction this time, completely swapping out the engine with another.

As Dodge seems to be the leader in super high performance these days, they also offer another engine that goes by the name of “Hellephant”. The combination is a 1000 hp crate engine that offers a turn-key solution to lots of power. This time, we get to watch as Hennessy takes one of these engines and shoves it under the hood of the most badass pickup truck known to the market these days.

By following along with the video below, we get the grand tour of how an awesome truck gets even more awesome. At the end of the day, we aren’t quite sure how much power they plan on packing into these things when all is said and done but the Hellephant is definitely an awesome choice that we can’t help but love.