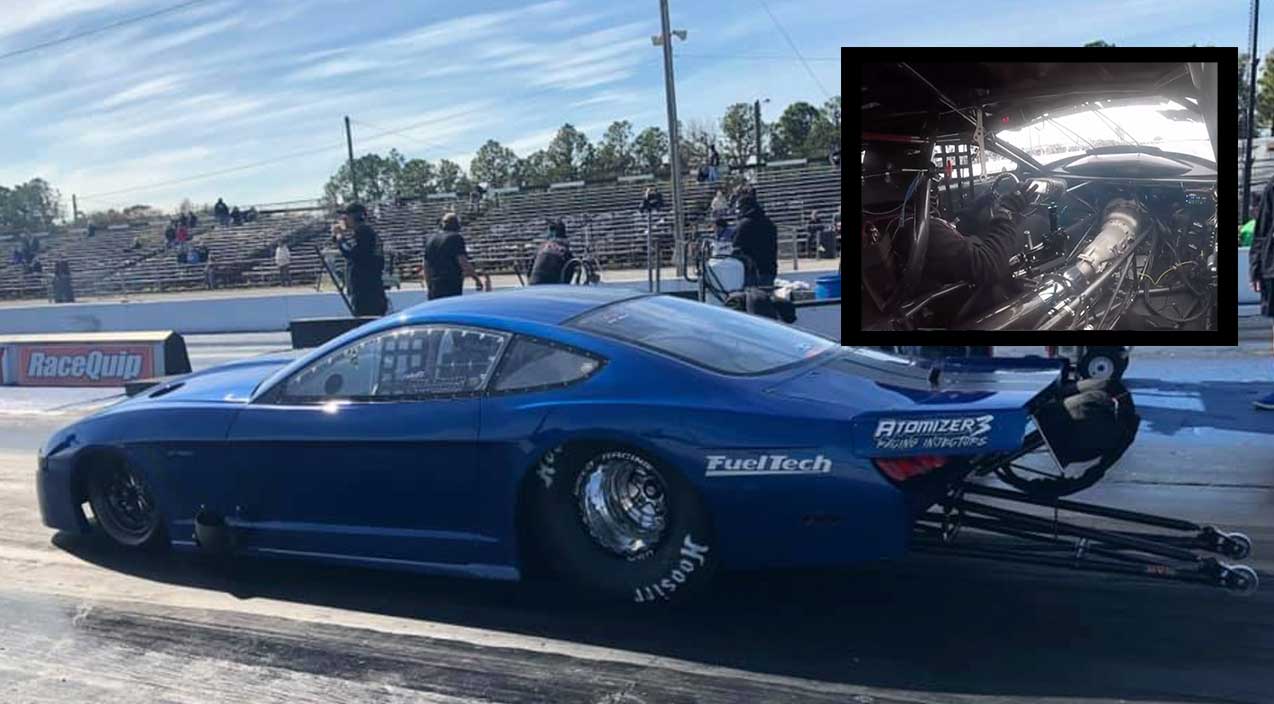 If you follow small tire racing, the name Daniel Pharris should sound petty familiar. Whether he’s behind the wheel of Andrew Alepa’s gorgeous C7 Corvette in Radial vs the World or his own badass Lexus LC-F in Limited Drag Radial, Daniel is known for going rounds and winning races in whatever he’s driving. He’s even done some time behind the wheel in the No Time world, also on small tires.

However, Pharris has a car that, despite getting a ton of attention when it was built, he keeps pretty much tucked away in his Sikeston, Missouri shop. This car, a late model Mustang, is on big tires though, and as you will see in the appropriately short clip below, it gets from “go” to “woah” in very short order.

Pharris’ Pro Mod Mustang is powered by a twin turbo ProLine Hemi, an powerplant that’s nearly identical to the one under the hood of Alepa’s ‘Vette. With an estimated 5,000 horsepower on tap, a full tube chassis, and steamrollers out back, Daniel is able to wheel the ‘Stang from zero to 217 MPH in just a matter of seconds.

You can see from the in-car GoPro footage that the car does make Daniel work just a bit, requiring a bit of steering as it covered the eighth mile. However, with all the front wheels barely in contact with the ground, the steering is probably a big exaggerated on the input side, as the car appears to be tracking pretty straight if you look out the windshield at the track itself. These are just some of the things that go into making a pass in a car that’s trying it’s best to alter the rotation of the earth.

Pharris tested the car in Florida and will likely stay down south for the US Street Nationals before heading a few hours back north to Lights Out X in the middle of February, where he will be back on small tires in the Vette and the Lexus.

« ABANDONED Snowmobile Resurrection Will It Start After 20 Years? 1980 Yamaha Exciter 440