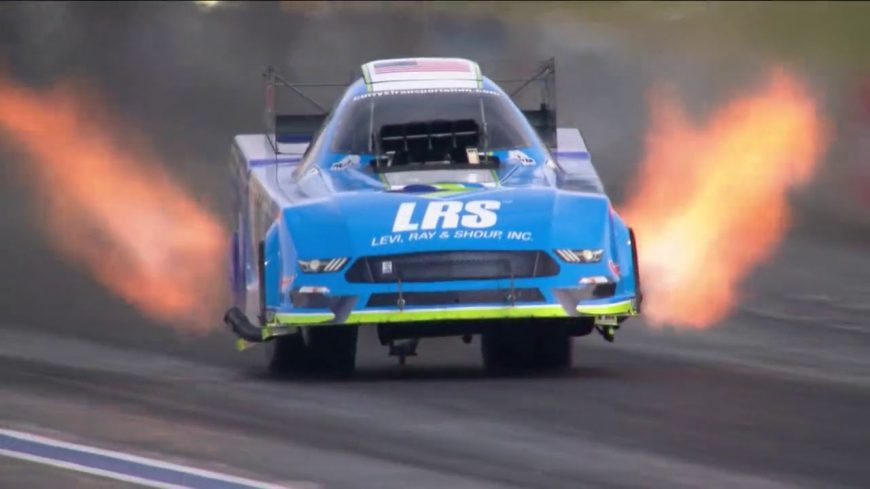 With 2017 officially in the books, the NHRA dropped an awesome look back at some of the more intense moments from the outgoing season. Thanks to the incredibly skilled camera operators and world class equipment, they have some ridiculous slow motion footage that just might leave you gasping several times throughout the montage of carnage.

You can tell the production team wanted to grab the viewer right off the bat with an extreme slow motion shot of season Funny Car points champion Robert Hight detonating an engine in spectacular fashion. Immediately after Hight’s explosion, a close-up look at the BME Engineering car driven by Troy Buff with its engine engulfed in a blinding ball of flames. Within the first ten seconds, I can think of little more than how bad I wish I had taken my camera to the top end more often last year and how I will definitely be shooting more down there in 2018! The next three and a half minutes are crammed full of flames and fireballs and wheel stands and crashes. Top Fuel, Funny Car and Pro Mod, along with a couple of sportsman rides that got tangled up in Texas in the shutdown area. I just can’t get over how amazingly precise these camera operators are, following these cars – some of which are moving more than 330 MPH. There’s also views from some cool angles, like camera’s between the lanes, tucked up next to the retaining wall, and even a few shots from the overhead helicopter-mounted cameras.

From Pomona, across the nation and through the whole season, these competitors put their lives not the line in pursuit of the ultimate adrenaline rush, along with the points championship, and you can see things don’t always go according to plan. Thrills and spills are a part of the sport, we’re just thankful safety innovations allowed all of these drivers to walk away from these incidents and come back to race another day. Here’s to 2018, another season sure to be packed with just as much action, if not more!