Sometimes, a level of celebrity can reach such a high plateau that one can purchase ...

Sometimes, a level of celebrity can reach such a high plateau that one can purchase all of the luxuries that this world has to offer. One of the popular investments for those who make a particularly high amount of money is that of the private jet. Private jets aren’t exactly a cookie-cutter kind of purchase, either. Depending on how much money someone has or is willing to spend, they can come up with all sorts of different configurations. Everything can vary from size to travel distance capabilities to materials used within.

For those who have achieved great fame and invested some of the money from said fame into private jets, we see some pretty awesome setups. This time, we dive into a list that takes a peek inside ten of the impressive celebrity private jets. This list of aircraft features all sorts of personalities that most of probably heard of.

For Mark Cuban, the largest single e-commerce transaction was on his agenda. With the purchase of his Boeing 767, he would make his way into the Guinness Book of World Records. President Donald Trump and Jim Carrey also find themselves among the names on this list. No matter who we’re discussing, the size and scope of these jets are quite broad. With all sorts of different interests in mind, each plane differs from the last.

By following along with the video below, we see a whole list of the Who’s Who of the private jet community. I think that it goes without saying that this has reached a whole new level of wealth. While a couple of these jets might be a little bit more modest than others, they all cost much more than your average American home. In fact, some of them might even be quickly approaching the cost of an entire neighborhood. They say that money can’t buy happiness. However, we think that it might be a little bit more comfortable to cry in your private jet than it would be sitting on a curb. 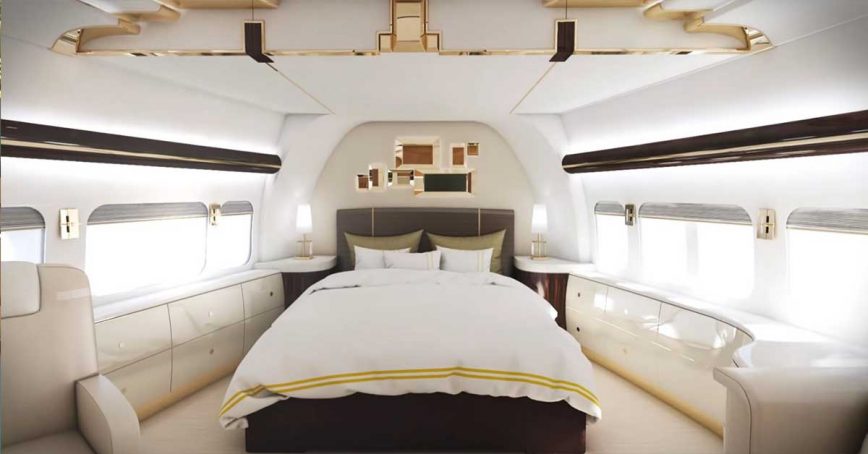