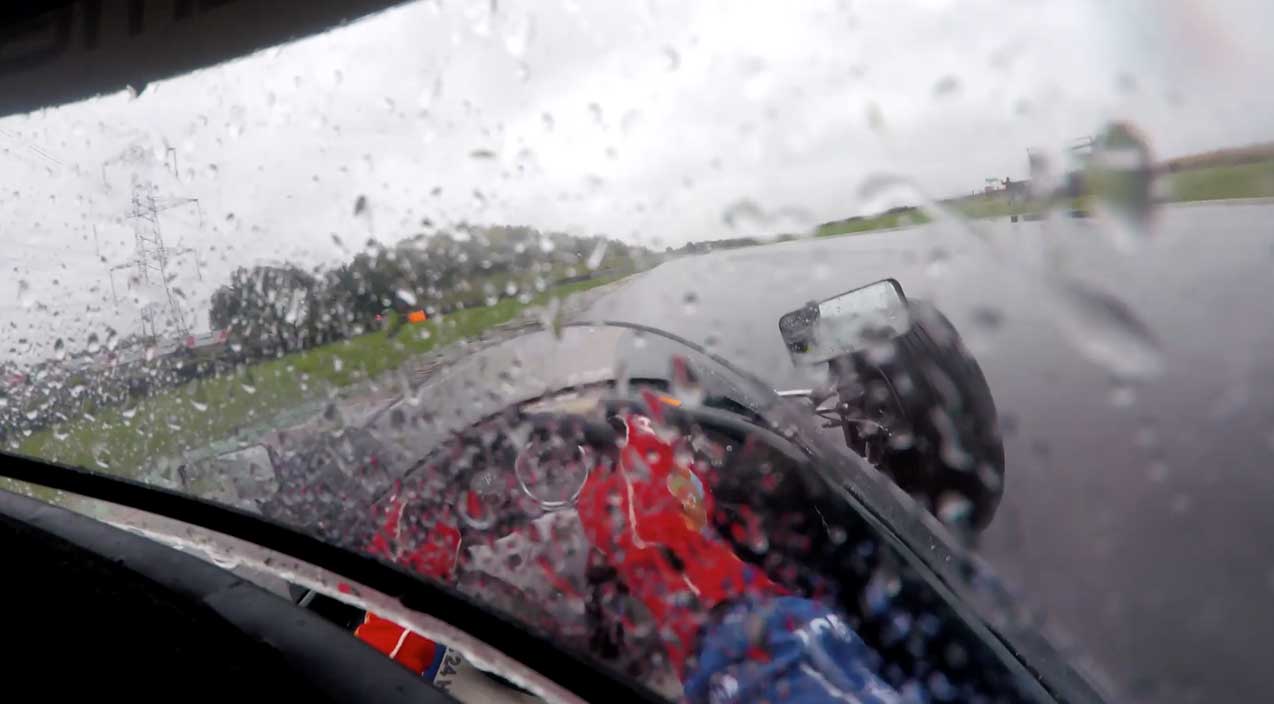 When you see classic cars, many times, they might be “sitting on a shelf,” if you will. With the rarity and the nature of these machines, lots of times, collectors don’t want to have them getting damaged or worn out. After all, many of them have components that are one-of-a-kind or near one-of-a-kind and destroying them could be something that would weigh rather heavy on the conscious for quite some time. With that in mind, it almost makes it even cooler when you do you see somebody who is willing to take one out and have at it, wheeling the car in the way that it was designed to be beaten on.

This time, we not only see a vintage ride taking a couple of laps but also see it doing so in the rain, adding yet another layer of complication to this awesome driving scenario that puts you in the driver seat. With a GoPro camera ready to rock, Richard Bradley and his 1962 Brabham BT2 take a couple of hot laps around Castle Combe, pushing the car to the limit, regardless of what the weather would otherwise dictate. It’s pretty neat to get this unique perspective from such an old machine that has withstood the test of time and puts on a pretty wild display out there.

If you follow along down below, you’ll be given a ride from the point of view of the man in charge, giving you a view that might be pretty hard to duplicate. When you see something like this unfolding in front your eyes, it almost brings about a sweet feeling of nostalgia, even for those who didn’t experience the era. It’s almost like you can lift the essence of racing from that time period, a time of simplicity, getting a feeling of what it was like before things escalated to the complicated state that we see racing in today.