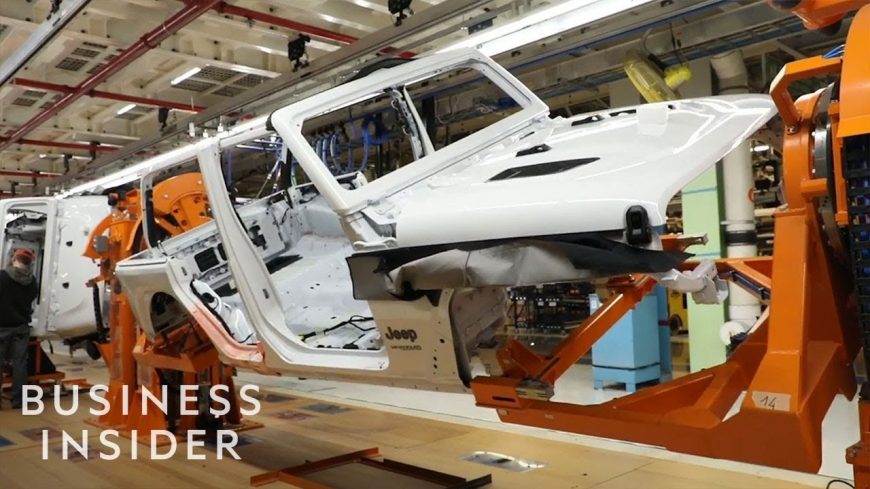 Last week, we took a look inside one of Porsche’s manufacturing facilities to see how the German automaker goes about building cars from the ground up. Porsche is known to focus on luxury and performance, so their factory is designed to focus on quality instead of quantity, with around 160,000 vehicles produced annually between the four-door Panamera and the Macan SUV.

In Ohio, Jeep has a 3.6 million square foot production plant that churns out almost a half-million Wranglers and Cherokees each year. While they are obviously focused on speed, there is also a great deal of focus on quality as well, which means the factory has to be well-staffed and efficient. As you’ll see in this awesome behind-the-scenes video from Business Insider, both of these are true.

With over 5,600 hundred employees split between two shifts, the factory is abuzz with activity. While they may look drastically different, the Porsche and Jeep plants follow the same basic routine for their building processes. Starting with the body itself, robots weld the panels together to form the shell of the Wrangler and Cherokee. From the assembly station, the bodies roll through the paint booth, then back out onto the assembly line where the build process resumes.

The powertrain is dropped onto the chassis, while the body itself is adorned with badges and then rotated to allow the employees easier access to the inside of the body for interior assembly. Windows, the dash, and the iconic 7-slot Jeep grill are added to the body, then the whole body assembly is dropped over the chassis, which already has the engine and transmission in place.

The final steps include installing the hardtop roof, doors, and wheels and tires. From there, each Jeep is driven off the line, washed, and driven out to be delivered to a dealership near you!