If there’s one thing that a Chevrolet Corvair isn’t known for, it’s ...

If there’s one thing that a Chevrolet Corvair isn’t known for, it’s the ability to go off-road. In fact, we’re not sure that anyone behind the production of the Corvair predicted it driving on anything more extreme than soft grass. However, taking the expected and completely twisting it into something else is one of our favorite things about different projects from around all corners of the automotive world. One truly never knows what exactly they’re going to run into out there.

This time, we check in with a pretty clean-looking Corvair that is ready to take its maiden voyage. This thing is truly unlike anything we’ve seen before. The machine created by the YouTube guys who are known for going on off-road recovery missions appears to be one that shouldn’t ever have to be recovered, hopefully.

In addition to being lifted to the sky with huge tires and even an off-road winch for when things get a little bit sketchy, the Corvair is also fitted with LS power that would hopefully help it to be able to move out of these rough conditions should the situation arise.

Down in the video below, we get the opportunity to go on the complete tour of this old-school Chevy that has been given new life thanks to Matt’s Off Road Recovery. We know that the Corvair wagon isn’t necessarily the most sporty machine but after receiving a variety of modifications here, we have to say that we particularly like this one.

We would also venture to say that you probably won’t run into too many other Corvairs that are exactly like this out there on the trail. In fact, we’d be surprised to see any other Corvair on the trails, mountains, or dunes! You never quite know what you’ll run into, though! 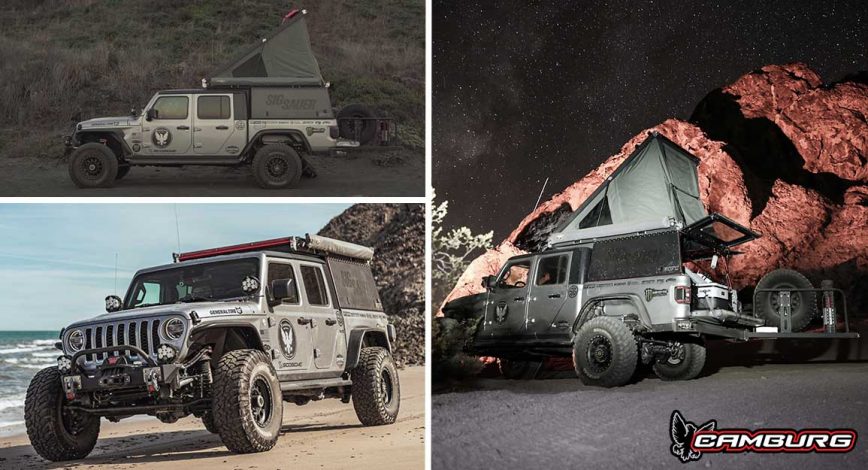