Tank vs Tractor – Most Killer Tug-of-War EVER! 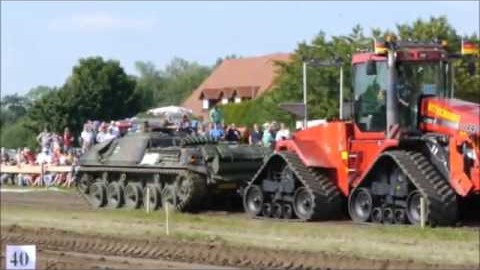 When it comes to hooking up the chains and going at it in a good old fashioned tug-of-war, we’ve seen some pretty gnarly rides step to the plate.

This time, however, we check out a couple of machines that might just make for the most interesting battle of the sort that we’ve laid eyes on.

In one corner, we have an all-out tank and in the other, a gigantic farm tractor and neither of them look like they’re going to give a single inch to the other.

Check out the video below that shows how the battle goes with each machine working its hardest to out pull the other until one finally prevails.