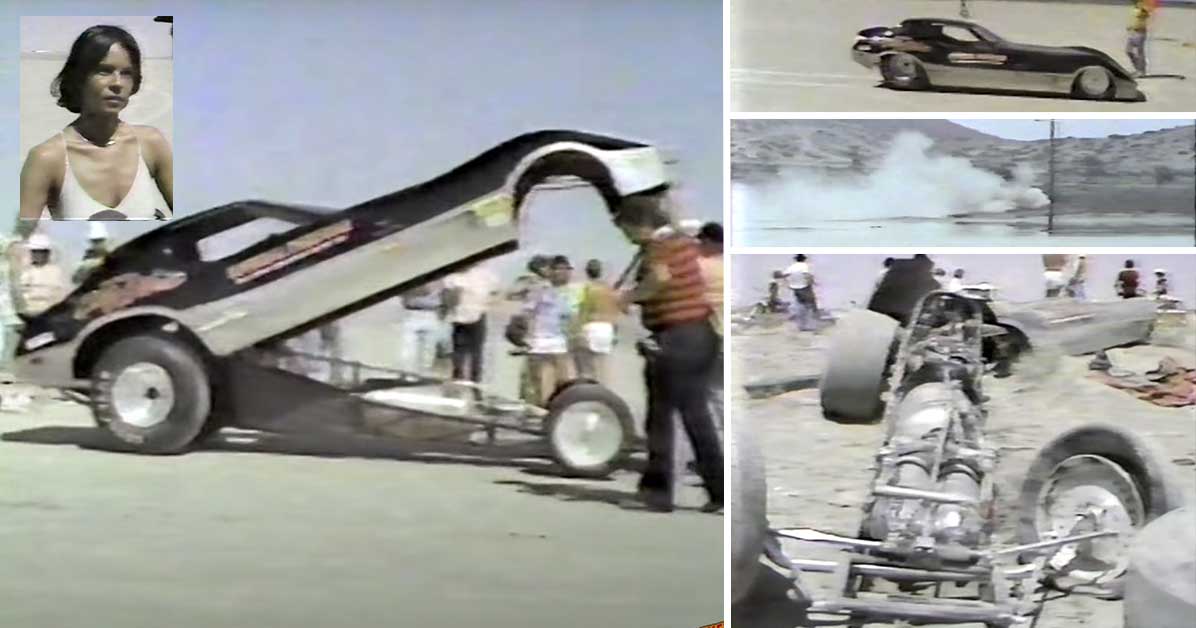 For those who haven’t heard of Kitty O’Neil, she’s definitely a pretty awesome character.

After an illness in early childhood would leave her deaf, she would still go on to accomplish some pretty awesome things behind the wheel. Unfortunately, her racing career will be cut short due to illnesses in early adulthood as well but we would definitely say that “The Fastest Woman in the World,” as dubbed by The Guinness Book of World Records, at the time, definitely left her mark before passing in 2018 at 72 years old.

This time, we take a trip back to the year 1977 when O’Neill would get behind the wheel of a rocket-powered funny car. In one particular outing, things didn’t go so well and the nostalgic video is here to show us how it all happened.

In an era before YouTube even existed, would hop behind the wheel and in this case, travel to 368 mph. It wasn’t quite the 512 mph that was her personal best but was still definitely way faster than the vast majority of people will ever travel on the ground. It’s definitely enough speed to get absolutely terrifying if a crash were to occur.

In this situation, though, it would appear as if a parachute failure would cause the funny car to crash. After said failure, the car would end up hitting a rough patch where it would travel end over end for what the announcer says is about 250 feet. Following the incident, O’Neill would hop out and everything seemed to be all right. The video is kind of shocking as it seems to be a pretty rough accident and she brushes it off as if nothing happened!

Following along with the video below, we get a great taste of nostalgia that takes us back to a pretty awesome time. While this pass might’ve gone down as a disaster, it definitely makes for a cool story to look back on.