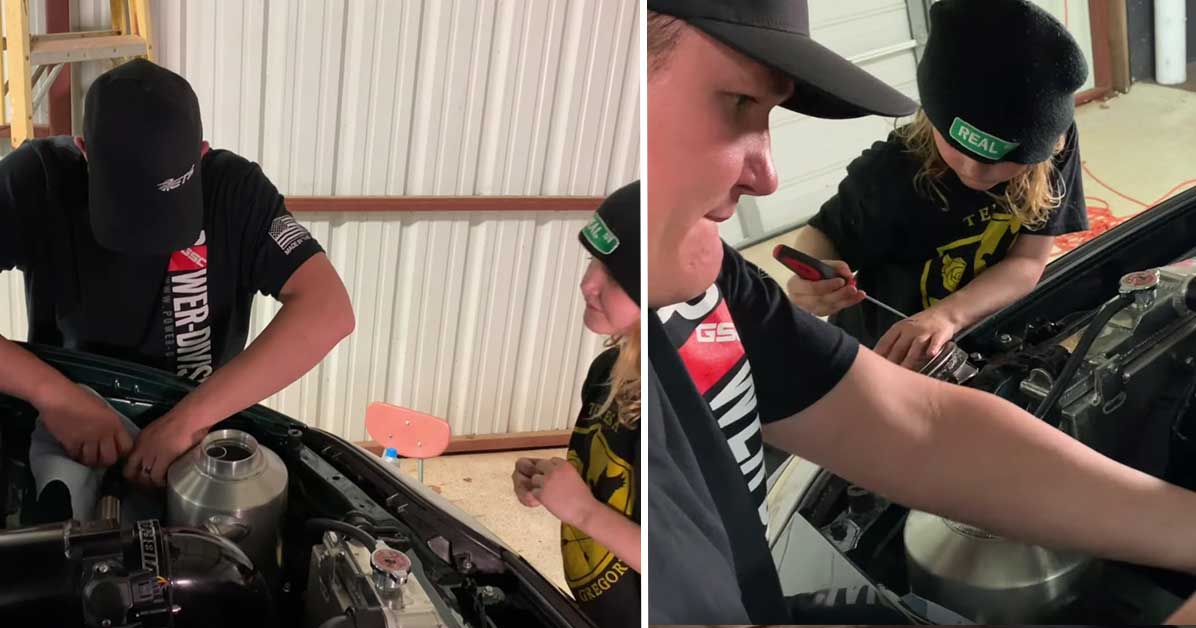 For those familiar with the drag racing corner of the Toyota Supra community, there’s a good chance that they are at least familiar with the green car donning the Real Street Performance banner across the windshield. In fact, even those who aren’t the biggest import fans are probably at least somewhat familiar with this car that has really managed to set the world on fire. It has been seen making its mark over and over again all across YouTube.

For those who haven’t caught the viral passes laid down by this monster of a machine, allow us to quickly fill you in. After sucking in most of the atmosphere with the help of an 8385 T4 Precision turbo, this bad boy lays down over 1800 hp to the tires. When all is said and done, the combo is good for consistent 7-second passes.

In order to make sure that oil is distributed to everywhere that it needs to be, a Powerhouse Racing dry-sump system has been put in place and some people might be a little bit scared off by that. After all, such a system adds more components than your traditional oiling system. However, the way that one would interact with the car in terms of an oil change is going to be pretty much the same.

In this one, we get a pretty awesome moment on camera as JRod takes it upon himself to show everyone just how easy it really is. To do that, he guides his eight-year-old daughter step-by-step so that she can complete the process. In addition to having an awesome video to look back on for both of them, this shows us just how simple some things can be. It might just be your sign that it’s time to think about that dry sump setup for your own racing machine!