When we look back over our younger years, sometimes, certain situations might stick ...

When we look back over our younger years, sometimes, certain situations might stick out. I think I can speak for most adults when I say that looking back, there’re some situations that maybe I shouldn’t have involved myself in. Hey, you live and you learn, right?

While we’re focusing on the “now,” though, the actions contained in this story are simply inexcusable.

An Expensive Mistake “For The Gram”

In this particular situation that has boiled over, we watch the phenomenon of wanting to take a picture with a car going too far. When someone spots a vehicle that they think is rather exotic, it can be natural to want to get a picture with it. There’s not necessarily anything wrong with posing next to a car and snapping a photo for Instagram.

However, when the photo involves climbing on top of the vehicle, it’s never okay.

Damaging someone else’s property in the name of making yourself look good on the internet probably isn’t a great bet. In this particular situation, that’s exactly what happened. Upon approaching the car that was at the owner’s parents’ house, it was surrounded by a small crowd. The 6-8 individuals saw the homeowners approaching and scrambled. They made off in a green Kia Soul.

When getting an estimate to assess the damages, the owner of the Ferrari would find nearly $6,000 in repairs to be made.

In-cuh-nsiderate. While inside a private neighborhood, three teenagers climbed atop a parked Ferrari for an impromptu photoshoot. The damages they left amounted to $6,000. EPPD has since picked up the case. #spankyourkids #fitfamep

Since then, the owner says that he has been in contact with at least one of the teenager’s parents. He is still communicating with police and trying to figure out how he’s going to solve the issue.

Sometimes, young and undeveloped brains might overlook basic human decency. The situation that has been shared around the web has made some people’s blood boil. Hopefully, this can be a learning moment for those involved to develop a bit of respect. 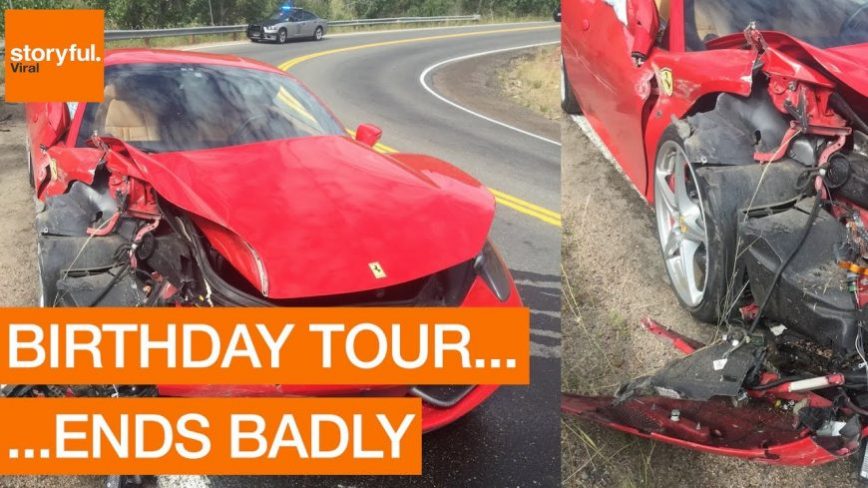