While sometimes, technological advancements might not exactly be your cup of tea as ...

While sometimes, technological advancements might not exactly be your cup of tea as some things just get more and more complicated than they really need to be, there are other technological happenings that are going on out there that I think most of us can agree are easily making us safer and are definitely contributing to the well-being of society as a whole. These might not come about all at once but after a while, when you can see the whole picture start to shape up, eventually, you might look at what started as something small and eventually changes our day-to-day lives for the better.

The perfect example of this is showcased in this video as technology on board of a Tesla actually goes above and beyond, protecting the occupants of the car in a way that I’m not too sure very many humans would be able to. Perhaps this is one of the first dominoes to go down in a chain reaction that could lead to every car having this sort of tech within.

Now, even in a situation where a driver’s full and undivided attention happens to be on the road, there are simply some spots where a person could definitely not react in a way that’s as quick as sensors connected to a computer can. Regardless of if you’re a perfect driver, with all the sensory input you have and how long it takes for you to react, one never knows what’s going to come or how quickly their body is going to perceive this input.

With the video below, we check in on a situation where it might have been nearly impossible for the person behind the wheel here to react. As they are behind a vehicle on the highway, this vehicle in front of them ends up rear ending another individual, promptly creating a stoppage. This is when the Tesla hops to action and applys the brakes so that the Tesla doesn’t end up running into the accident and making it even bigger. From the angle that we’re able to see this from, when the Tesla ends up applying the brakes, we aren’t even aware that an accident has unfolded yet. After watching this one, be sure to tell us if you think that you could react in such a manner as to prevent yourself from getting into an accident here. 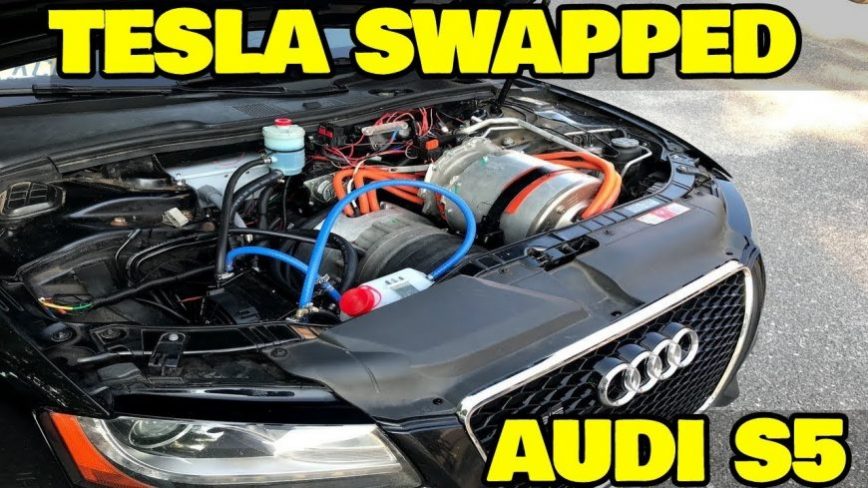