With your standard combustion engine powered car, in most cases, it’s going to ...

With your standard combustion engine powered car, in most cases, it’s going to be a pretty cut and dry process for fixing or maintaining one of the systems onboard. Sure, cars will vary from manufacturer to manufacturer with their own little quirky twists and turns that somehow might be a pain here and there to wrench on but the over looming concepts are generally going to be pretty much the same. After you’ve cracked into one car, you have probably cracked into the majority of them on a basic level and can figure everything out with a little bit of thought and maybe a helpful YouTube tutorial here and there.

However, even in the world combustion, with the way the technology is heading in, making machines more complicated in order to both make a more efficient ride and probably guarantee that you bring them back to the dealership to have them worked on, it really changes the game. As recent as maybe 20 years ago, the majority of cars that would pass you on the street had similar technology under the hood, however, if you have followed anything that has to do with a world of automotive electronics and other systems to stretch out efficiency, you know that might not be the exact case today.

If you follow along in the video below, you check in with a complete plot twist on the automobile service as we know it, taking everything that you know about combustion and throwing it out the window because as we know, Tesla vehicles are fully electric. This video posted by YouTuber, Rich Rebuilds, will take you inside of the DIY service attempt that didn’t exactly end as well as could be. Trace the lines of the journey that would leave this Tesla stranded on the side of the road with Rich ready to throw his head into his hands in defeat.

New Teslas are on the Cutting Edge of Tech, but How Good Are they in a Crash? 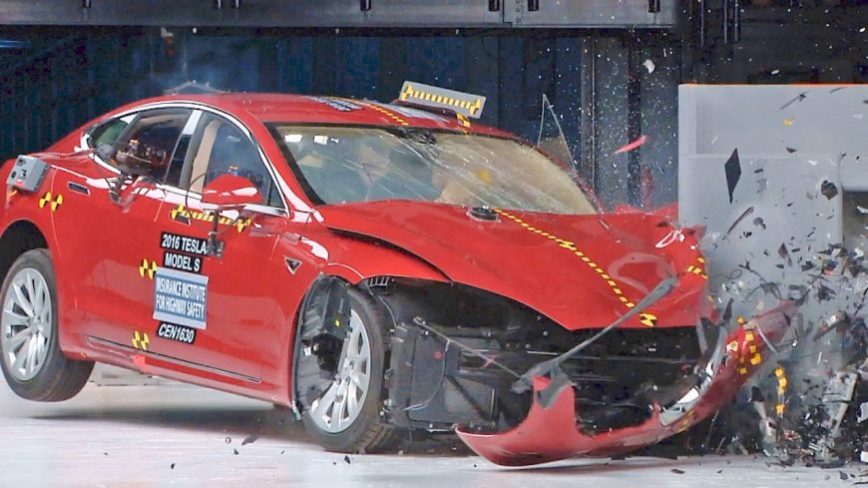