Tesla Model 3 Knocks Down A Record at Laguna Seca 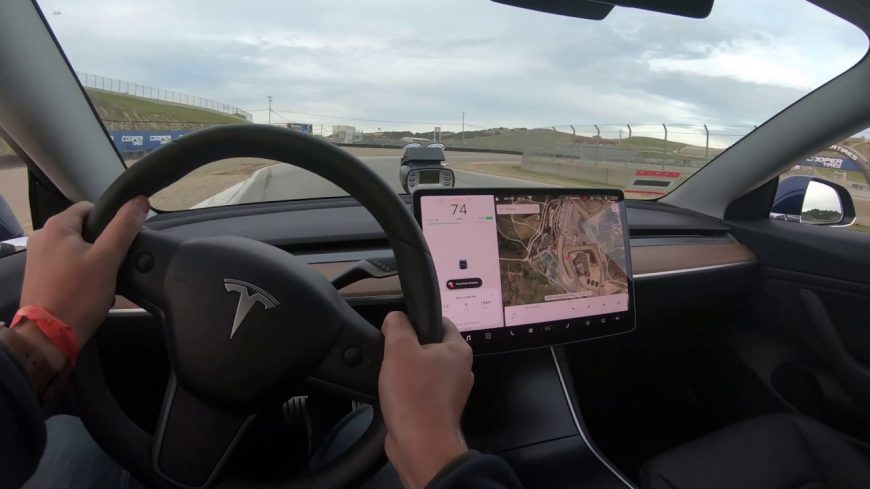 As mass-produced electric cars have made their way out into the street, eventually, people found a way to incorporate these things into competitive driving and it was only a matter of time before we started to see the records stack up and fall down, one after the other. Tesla seems to be the early winner when it comes to racing mass-produced electric vehicles, however, time will tell how long they can stay toward the top. As of today, though, it appears as if they are digging in strong as they stuff more and more records under their belt.

In one of the latest developments out of the electric vehicle racing community, we see yet another Tesla take home a record for an electric car. This time, it’s one of their latest models in the Tesla Model 3 that has taken away the pole position in terms of lap times around Laguna Seca, for an electric production vehicle, that is. As of now, it seems like the focus is on how electric cars can compare to one another on tracks like these, however, I don’t think it’ll be long before there is an all-out war between electric and combustion with electric attempting to fight for overall records at the track and others like it. Heck, when you look at a record like this, you’re already pushing into that territory as the pass tops cars like the Porsche Cayman R (987) and BMW M3 (E92) while ticking in hot on the heels of the sixth generation Corvette Z06!

If you follow along with the video below, it actually ends up being quite an eerie sight to watch and listen to as you’re taken along for the ride. As the car manages to carve its way through the corners, it’s all done without any sound to accompany it as it speeds up and slows down so this one might be a little bit tough to wrap your head around. However, if forecasts are anywhere near correct, you might want to start getting used to it because it really doesn’t look like the electric car is going anywhere anytime soon and it will probably be a big part of competitive driving for years to come. We could really see all kinds of record competitions getting hot!

« NASCAR Front Man, Kyle Larson, Heads Off Track to Compete in the Dirt