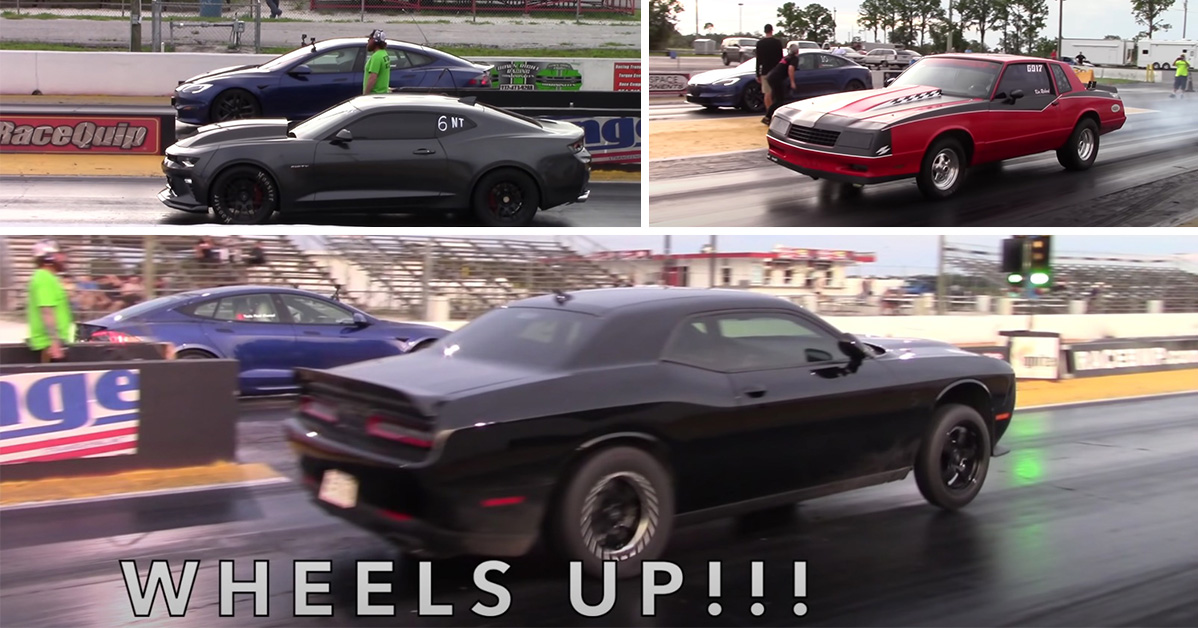 If there is one machine that has definitely made its presence felt in the drag racing world in the last couple of weeks, it’s a Tesla Model S Plaid. For those unacquainted, the Plaid is basically the performance version of the Tesla Model S sedan.

What does that mean?

Well, for starters, the electric car delivers over 1000 horsepower. Not only that but all of this power is available instantaneously which is one of the big advantages of electric power. Conversely, with a gasoline engine, a car will have what’s called a “power band” that will allow it to perform better at some RPM ranges over others.

With a Tesla, though, all of the power is being delivered from the first 60 feet of the track all the way through the quarter-mile. In fact, the Plaid has even gone on to become the fastest production car ever, making its way down the quarter-mile at a speed of 152 mph.

This time, though, we check in with one version of the plaid thanks to the Tesla Plaid Channel on YouTube as the car takes on a variety of impressive machines.

Perhaps most interestingly, we get to see how exactly the electric vehicle goes head-to-head with a modified Dodge Challenger Hellcat Redeye. It seems as if the Hellcat platform is the benchmark for what makes a car fast. However, it looks like an electric vehicle will be able to have its way with just about anything on the drag strip this given night.

Down in the video below, we get to sit trackside along with a cockpit ridealong, checking in with how exactly these battles go down. If there’s one thing that we never saw coming, it was an electric vehicle that is this darn quick, all without having to do a single ounce of modification.