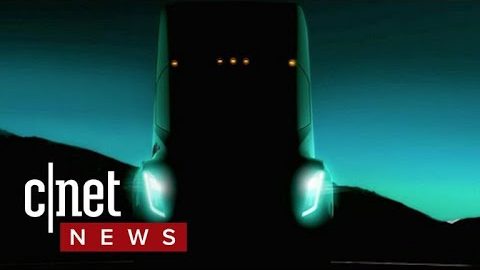 If you were just getting in the job market and are looking in the direction of driving a truck as a potential career path, it might be something that you should definitely think twice about once you arm yourself with the information that tells about the future of the industry. Don’t get me wrong, I don’t think, personally, that the wide spread of the self-driving truck is coming necessarily within this decade but the way that things are going, you have to be a pretty big fool to think that’s a development that won’t come at some point, sooner or later. Companies like Tesla are getting incredibly close to the widespread use of self-driving cars, so, next in line would naturally be the shipping industry.

Now, as with all of these technological advancements that are promised but slowly developed instead of that instant gratification that we’re all used to with everything else, they really never become material until they’re actually in front of us. However, this time, Elon Musk looks like he’s going to take this industry and put it on the fast track as he has announced that on October 26th, he has tentatively set the date for an unveil event that will release the details that you have been waiting to hear about Tesla’s semi truck. With that in mind, it really leads you to wonder how long it will be before we start to see these things out and about on the roadways.

The video below begins to divulge on how much range we can see out of these machines and how exactly they plan to be autonomous. It’s incredible to think about how quickly the world is moving and before you know it, the way that we get ourselves and our goods from one place to another might be completely different than everything that you’re used to. This is definitely an industry that you’re going to want to keep a close eye on because it is always changing and we’re sure that quick advancements are waiting ahead.

« Subaru Comes Inches From Being Swept Away in the River, He Has Balls of Steel