A Tesla Took on Drag Week, Stole the Show Almost Winning its Class

A Tesla Took on Drag Week, Stole the Show Almost Winning its Class

From start to finish, Drag Week can be a little bit of a challenge. There tends to be ...

From start to finish, Drag Week can be a little bit of a challenge. There tends to be a heavy focus on the fastest cars of the weekend, naturally so. We’re in awe as we watch as drivers race their vehicles, trying to knock off their fastest pass before driving for almost 1000 miles in between tracks. Many of these cars don’t often see the street. Therefore, watching them put some major miles in during the week is something that we can’t help but be mesmerized by.

However, this time, one of the vehicles that really caught our eye wasn’t among the fastest of the group. Instead, we catch up with a car that presents a unique look at taking on Drag Week. Instead of knocking down records, this Tesla Model S is doing something different. Its owner would take a shot at the event with electric power. As far as we know, this would be the first vehicle of its kind participating in the event.

For those who aren’t too familiar with the platform, there are a thousand questions to be answered. How does driving this thing around work with battery power? Is it able to make it from track to track easily without charging? Could it be modified in such a way as to make it faster than stock? By taking the car and putting it through the event, we’re basically looking at a path yet to be traveled. There is a ton to be learned and we’re having a blast doing it!

By following along with the video below, we get to hear all about what it’s like to take a Tesla on Drag Week. Even though the car is in very similar shape to how it’s driven daily, the electric vehicle throws out a unique set of considerations for someone looking to compete.

While the Tesla didn’t when it’s class, it came pretty darn close to winning the 10-second index tournament that was presented to the field.

Australians Show Off Turbo "6-Cylinder Coyote" - The Engine We Need in the USA! 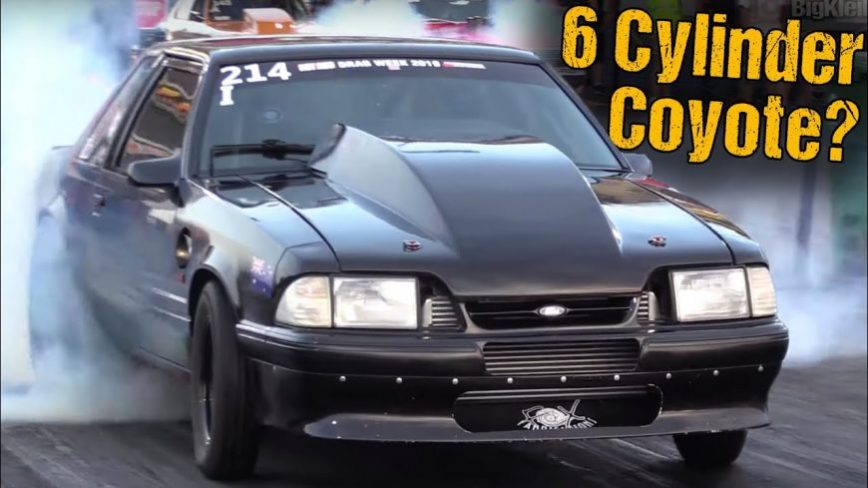