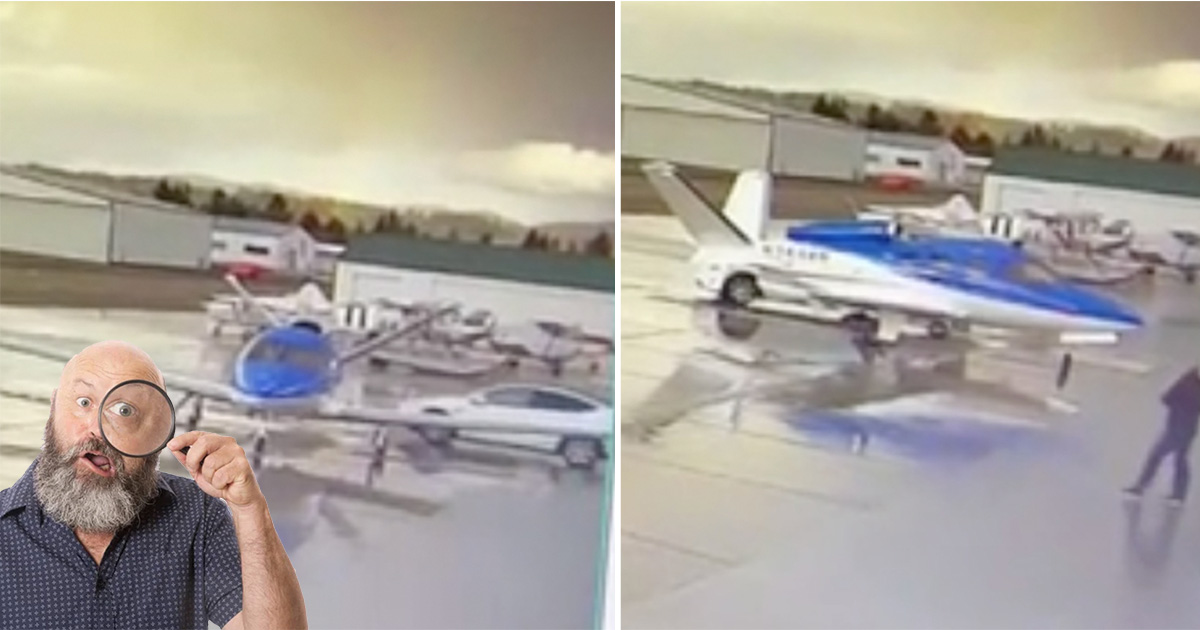 As new technology comes out, sometimes there can be a little bit of a learning curve as we figure out how to live with it. At times, this learning curve comes on the behalf of the user who needs to alter their life in certain ways to use the technology. Other times, though, maybe the learning curve needs to happen on the side of the manufacturer who has to fix certain things to make sure that their technology can integrate in regular life.

With this incident, we will let you be the judge as to which side is responsible for technology creating a pretty interesting crash and burn situation.

In the video that has been going absolutely viral on social media, a Tesla owner used one of the car’s features that had the car crash into a $3.5 million private jet.

The owner of this particular Tesla decided to use the “Smart Summon” feature. Basically, what this does is allows the user to summon their vehicle from up to 200 feet away. Supposedly, the Tesla is supposed to pull out of a parking spot or move from wherever it’s parked and navigate its way around obstacles as it finds its way to the person who called for the car from their Tesla app.

In this particular case, though, the summon feature apparently wasn’t doing its job too well as it would crash the SUV into the side of a $3.5 million jet.

The incident was said to have taken place at an event that was sponsored by an aircraft manufacturer at Felts Field in Spokane, Washington.

In a case like this, the allocation of blame is certain to shift depending on who you ask.

Sure, if the technology didn’t work as advertised, it’s definitely something that one might be able to blame the manufacturer for. However, we also have to wonder if it’s really appropriate to be using a feature like this at an aircraft show in a venue filled with private jets that are worth millions of dollars.

Long story short, people do lots of dumb things and perhaps Tesla should put a couple of more fail-safes in place to make sure that things like this don’t happen in the future.

A newer version of the feature that’s coming soon is supposed to be able to work from even further away.