Tesla’s New Software Update is Packed with Features, Including Making it an Atari 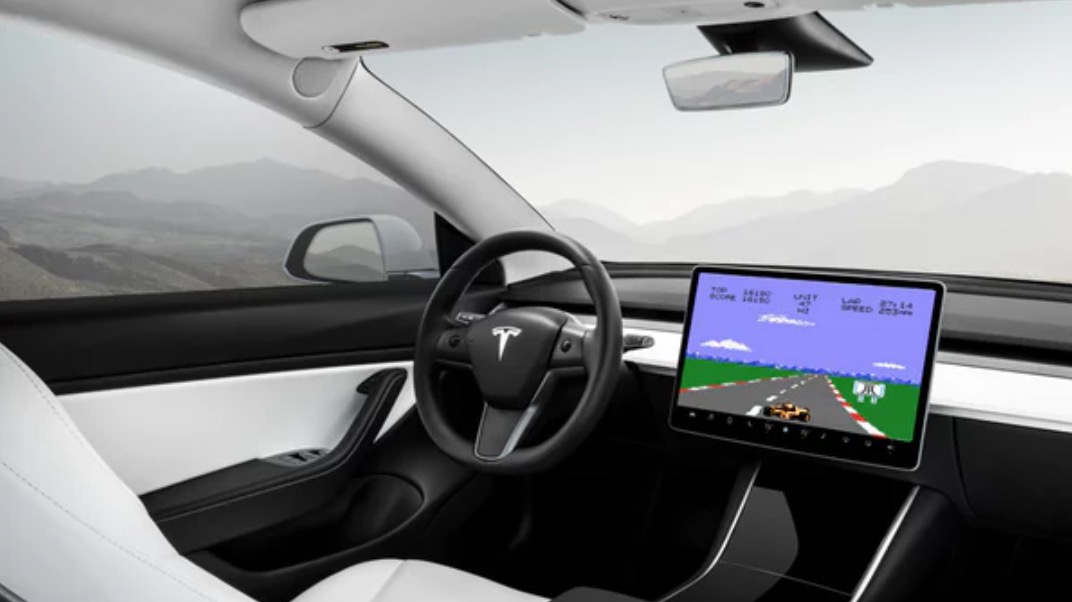 While an abundance of technology is making its way into cars in the version that you get off of the dealership lot, that isn’t necessarily always going to be the version of the car that you have within a year or more of purchasing it. With vehicles like the Tesla amongst other manufacturers who are getting in on the latest texh, we are seeing software updates coming out periodically that will update some of the electronics on board and give you either fixes for current features that might not have been exactly right or perhaps new features that you weren’t even expecting the first place.

This time, we check out a software update for all Tesla models that has some pretty sweet features onboard that we think you’re going to love… Or at least find one feature here that you can’t help but feast your eyes on and wish you had for yourself.

In a move that is taking the very modern car back a couple of decades, we get to see an update that will allow users to use the touch screen center console in order to play games that a lot of people are going to be familiar with. Amongst other feature updates, the gamut of classic games will include fan favorites like Centepiede, Asteroids, Lunar Lander, and Missile Commander. Some other fun features will allow the driver to change up the heads-up display to make the dashboard icon that represents your vehicle appear as if it is driving down Rainbow Road as you’re probably familiar with if you know Mario Kart.

On a more serious note, some of the features that are onboard are quite helpful as well… not that turning your dashboard into an Atari is anything to scoff off at. First and foremost, 360° visualization will allow you to see other vehicles driving around you right on the dash as to act as a sort of blind spot detector. In addition, the new update will give you better access to a proximity detection system that will allow you to know when you’re getting too close to curbs and adaptive cruise control will change your speed automatically when it senses that there’s another car in your vehicle’s path, that way you don’t have to apply the brakes so much.

With these kind of software updates, you normally expect small little tweaks but Tesla has definitely come through in a big way with some major upgrades here. After watching the video below and reading this article, which of these are you the most excited about?