Are Tesla’s Really as Efficient as we Think?

Are Tesla’s Really as Efficient as we Think?

Sure, when it comes to saving on your ride, Tesla is king. When we figure out the ...

Sure, when it comes to saving on your ride, Tesla is king.

When we figure out the cost per mile, the electric vehicles are still going to be much cheaper to operate than their combustion-powered counterparts. It’s just the nature of the beast. Does that mean that they’re more efficient, though?

This all depends on your definition of “Efficiency.”

Even though Tesla is going to end up being friendly to the bank account in terms of operating costs, how efficient are these cars really? In this one, Engineering Explained takes a look at this concept in a different way.

Instead, we ride along to see how exactly Teslas use the energy produced from the batteries. How much of this energy makes it all the way to the tire? No matter what the power source in question, maximizing this energy transfer is the key to saving money.

This is a question that is often pondered in the world of combustion-powered vehicles as well. For years, we have looked to results from the dyno to see just how much power is making it from the engine to the wheel. Reported crank horsepower numbers are much lower when they make it to the ground. This time, we check out a similar concept except with electricity.

It seems like in this one, the argument is that a Tesla, while efficient, could always be better. When all is said and done, the final output will be framed as a percentage to see just how much of the original power is going to end up being put to use.

One of the things that we don’t frequently think about is loss due to friction and other inefficient systems. At the end of the day, no system in the world is perfectly efficient. This is the stuff that engineers are thinking about 24/7. In fact, after watching this one, we think that many will have an all-new appreciation for those behind the vehicles they drive every day.

Is the Model Y the Tesla We've All Been Waiting For? 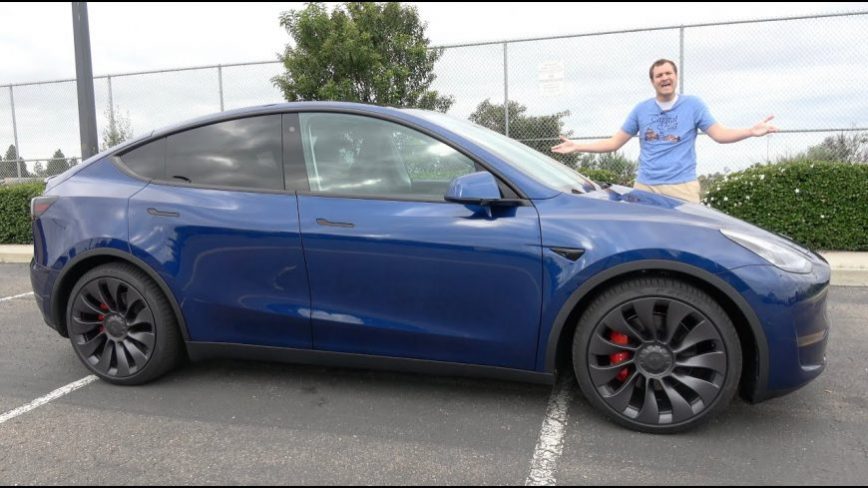