Testing China’s Most Futuristic Car Gadget On A Mclaren 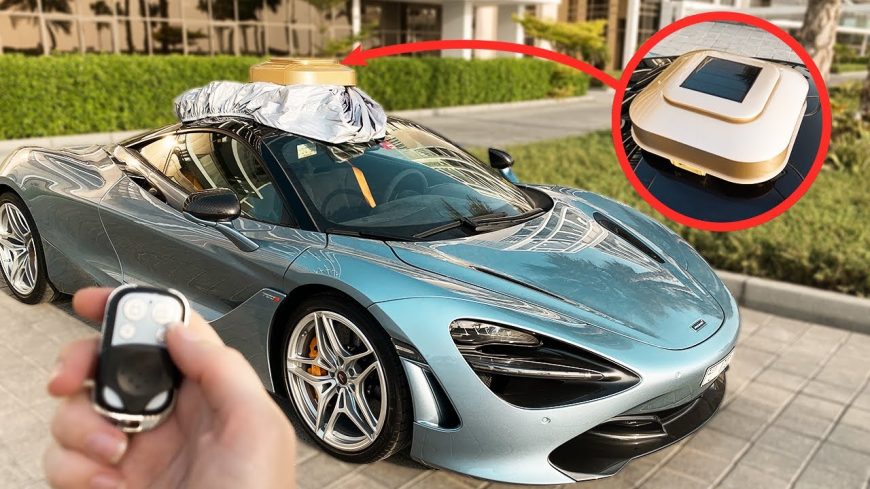 When it comes to innovation abroad, there are all sorts of different ideas. It seems like, with lower manufacturing costs and a knack for technology, countries like China really tend to come up with some crazy inventions. Sometimes, these inventions fall into mainstream use. Other times, though, they fall into obscurity. I guess that at the end of the day, trial and error is sometimes necessary to figure out what works and what doesn’t.

This time, we follow along with one invention that we aren’t really sure is going to fall into the “mainstream” category. However, we have seen weirder trends emerge and come to life. Honestly, the idea isn’t really all that bad. In fact, it really has our attention as something that’s pretty neat. However, it’s kind of hard to see somebody lugging this thing around in order to cover up their car.

Basically, what we have here is a car cover stowed inside of a box. However, the box in question will release and retract the cover. In other words, it’s kind of the storage system that puts the cover away for the user. There’s a lot less legwork involved in something like this.

This time, Supercar Blondie got acquainted with the new gadget, putting it to use to see how it works. As she made her way through the product, there were a couple of times that we found ourselves thinking that this would be an awesome addition to the garage. I suppose that time will tell if people end up picking something like this up or not. At a bare minimum, watching it work is rather mesmerizing.

After checking this thing out, how much would you pay to add something like this to your garage? Could this potentially be the future of the car cover that nobody saw coming?