Testing The New Ford Bronco Sport, Is It Worth The Hype?

Testing The New Ford Bronco Sport, Is It Worth The Hype?

It’s certainly no secret that the Ford Bronco is a model that has put together ...

It’s certainly no secret that the Ford Bronco is a model that has put together quite the level of hyper for itself. That hype has since died down but, moving forward, we would probably guess that when the Bronco ends up making its way into the hands of consumers, it’s going to be a pretty hot topic.

In that equation, somewhere, the “Baby Bronco,” if you will, managed to get lost. For those who recall the release, Ford not only unveiled the full-size Bronco but also a Bronco Sport. Unlike the full-size SUV, this midsize unit will serve a different segment. We would guess that, because it isn’t as aggressively styled as the Bronco, the Bronco Sport model kind of flew under the radar a little bit.

While the Bronco Sport isn’t necessarily as robust of a package as the Bronco itself, it’s still one worth taking a look at. The machine definitely brings a lot to the table in its own right and should be an option for people who aren’t quite willing to take on something as heavy as the Sport’s larger namesake.

This time, thanks to The Fast Lane, we get to take a complete tour of the Bronco Sport to see what it’s all about. This is definitely a much-needed overview of one of the models that need a little bit more attention if you ask us.

Below, we get the complete tour and then some of the SUV that is completely new for 2021. It’s going to be interesting to see how exactly the Sport lives alongside big brother. It does kind of feel like the Sport will always be in the shadow of the bigger Bronco, being judged on the merit of its closest competitor under the same brand. However, it really seems like a vehicle that could put together a decent following and might even be a sleeper pick as a popular seller. 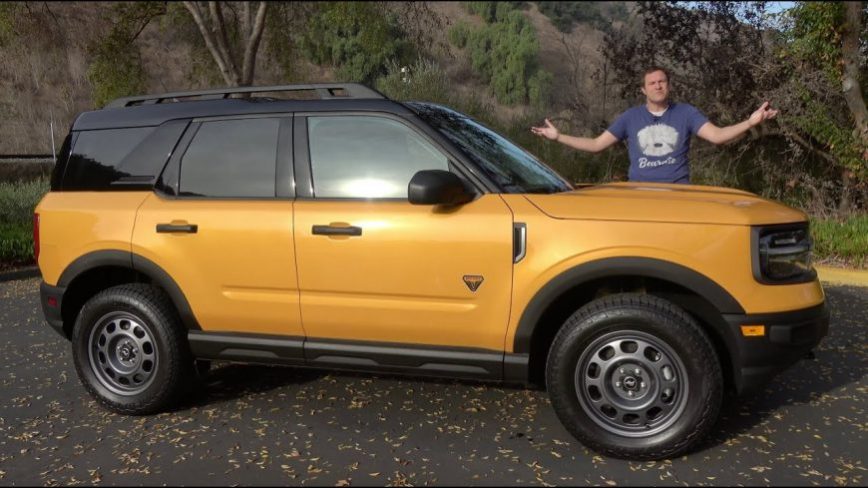