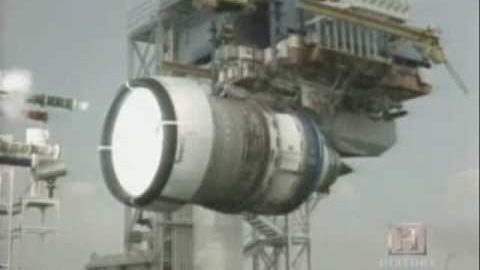 In what has to be one of the most exciting career paths an individual could pursue, there is a team of people that has the task of trying to kill jet engines. The crew at GE’s Peebles Test Operations Center in Ohio spend their days making sure the massive turbine units that power todays commercial airliners don’t give up the ghost while in operation.

The team tries to replicate any type of naturally-occuring phenomenon that could possibly cause the engine to fail, then produce a test beyond any natural parameters to ensure the engine can withstand any and all debris that it may encounter. They fire massive jets of water through the engine to simulate the most torrential downpours, and the engines simply do their best oversized Super Soaker impression, spraying the water rearward in a huge plume while continuing to perform flawlessly. Then the engine is pelted with blasts of hailstones in massive quantities and at high speed, and just like the rainwater test, the engine simply digests the ice and continues to hum right along.

Finally, the team actually pelts the turbine blades with large bird carcasses to replicate the dreaded bird-strike. Thanks to ultra-slowmo replays, we are treated to a great view of the blades simply dicing the carcass into orderly chunks as it continues to spin at speed and operate as expected. Thanks to tests like these, the airways will be safer for all of us taking to the skies to travel.