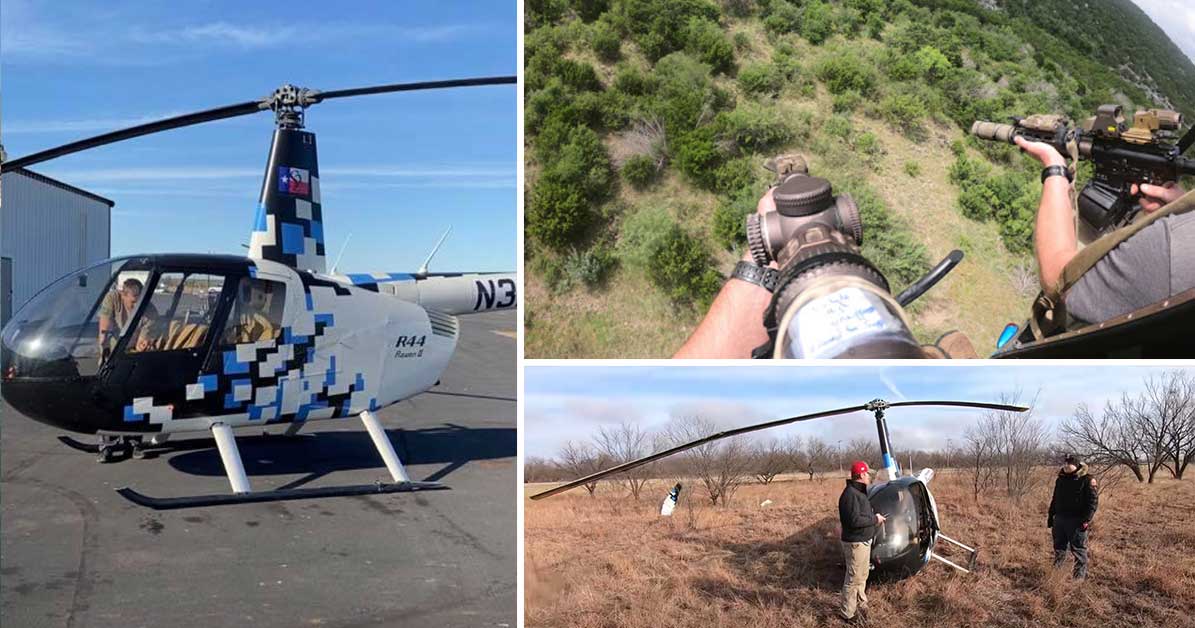 In Texas, let’s just say that they can get serious about their hunting. We aren’t just talking about top-of-the-line gear for the ground. Instead, some hunters can take their journey to the sky. In this particular example, we check in with a couple of Texas hog hunters who decided that they wanted to hop in a helicopter to aid them on their journey.

What these hunters probably didn’t realize is that this particular journey was going to take a swift turn in an unexpected direction. Before they knew it, they would be faced with a life-and-death situation that can really tend to make your heart skip more than just a couple of beats. Luckily, everybody was able to walk away from the incident. That doesn’t necessarily make this video any less terrifying, though.

In this one, we watch as the hunting helicopter heads to the skies. The entire thing is captured on camera right from the takeoff. It’s just a couple of moments later, though, that something goes incredibly wrong. When you’re on board a helicopter, the last thing that you want to hear is a siren going off on board. However, apparently, something went wrong to the point where this chopper needed to be set down. We’re sure most would rather set down their helicopter in a non-emergency but sometimes you just got to do what you’ve got to do. Right?

Luckily, the pilot was able to control the aircraft enough to the point where he was able to put it on the ground without too much of an impact. This is definitely an area where you need to keep your cool in order to guide the landing to be as soft as possible. I don’t think we need to spell out what would happen if that wasn’t the case.