The 10 Most Expensive Things Owned by Elon Musk 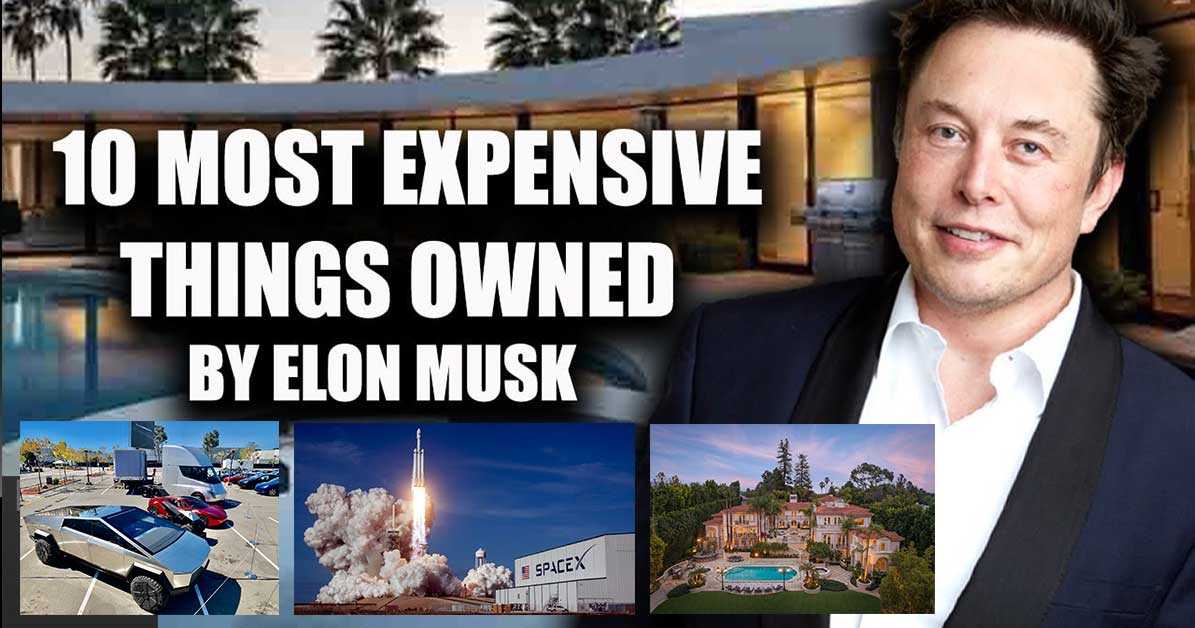 In terms of money, Elon Musk definitely has plenty of it. In fact, for those who haven’t been attention paying attention maybe they missed the fact that Mr. Musk has recently become the richest man in the world. While that title might or might not stay forever, we think it’s safe to say that Elon has more than enough money that one could ever spend in an entire lifetime.

With that kind of wealth, I’m sure that plenty of us have our very own shopping list that we would run straight through in a hurry. The extravagant purchases would come quickly and in abundance for many of us. However, what does the shopping list look like for somebody who actually has the money to spend? One would think that this type of person would be outfitted with the greatest things that life has to offer in terms of luxuries.

However, Elon Musk seems a little bit more modest with his spending than most super-wealthy people. Sure, he does have some things that are pretty expensive but he doesn’t splurge absolutely everywhere. For example, he drives around in a modest Audi Q7 sometimes. Sure, the SUV costs $70,000 or so. However, when you’re worth billions of dollars and can purchase anything you want, and Audi seems kind of normal.

Down in the video below, we get the spending tour on what exactly Mr. Tesla himself chooses to spend his cash on. He does have some nice toys that are rather functional as well like a private jet that probably ends up saving him millions of dollars in time alone. One of the things that we were actually a little bit surprised in is that Elon seems to have a little bit of a taste for sneaker culture as well. Get the full rundown from the video by Luxury Zone down below.