The 1000HP Mustang, Better Than a Bugatti Veyron? 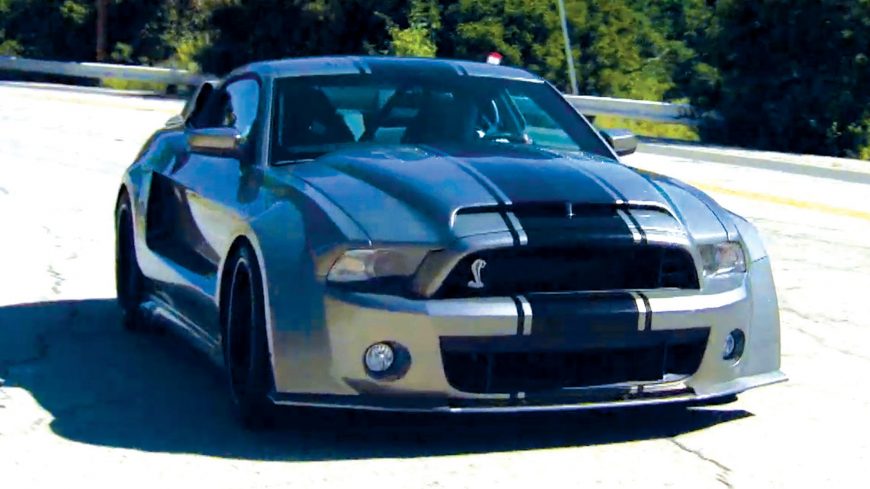 When it comes to some of the most expensive cars in the world, well, a variety of them make incredible horsepower to say the least. When you think about cars like the Bugatti Veyron, it might even make over a thousand horsepower and there are very few cars out of the box that can say that. However, if horsepower is all that you’re buying a vehicle like that for, it might not be the most economical option possible. I guess that when you buy a Bugatti, you aren’t exactly thinking about economics but if you just so don’t happen to be a millionaire,  there are plenty of other options that crank out that kind of power but don’t cost in excess of $1 million.

This time, we follow along with a presentation from the guys over at Fifth Gear that get to shift gears in a modified Shelby Mustang, one that eclipses that 1000 hp mark and really makes its presence felt. Now, I’m sure that this car doesn’t have all the bells and whistles of the Bugatti but when you consider the fact that only cost $150,000, it would appear as if you’re getting a pretty good bang for your buck, especially when you consider that driving around in an incredibly custom Shelby GT500 isn’t all that shabby of a deal, after all.

Now, there are definitely a variety of different examples of cars that you could get into that would make it thousand horsepower for much cheaper than the $150k that this Shelby costs but this time, we take a crack at finding a car that really compares to the Bugatti at a fraction of the price and we think this one does exactly that and more. I guess that, in the car community, beauty is in the eye of the beholder and if you think that the Bugatti is the most beautiful machine in the world and just so happen to be financially able to go after it, well, it might be a good option for you but if not, a vehicle like this could be reasonable for someone who saves up their pennies.