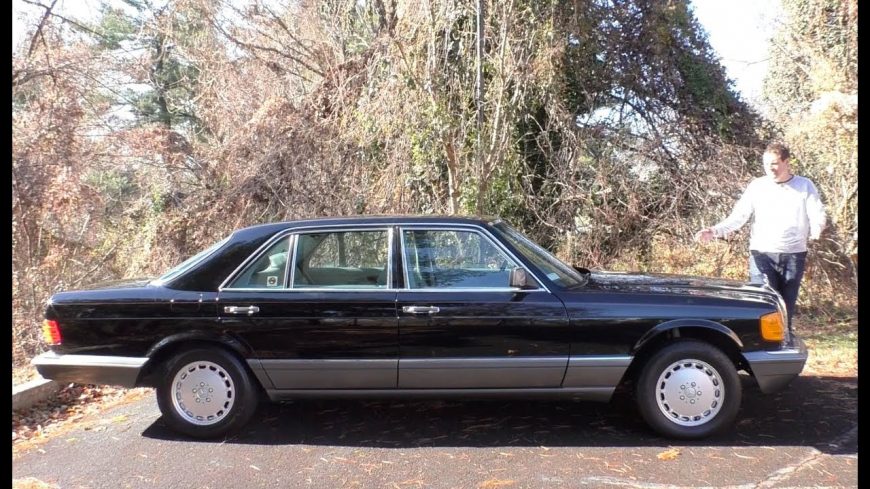 It’s funny, the effect that time has on just about everything including the cars that we drive. Sometimes, as the years go on, we can find that cars that we have driven might go up in value, sometimes making people who had one wish that they never got rid of it and other times, making the people who never got rid of them to feel an incredible sense of luck as they find out that their vehicle is worth a pretty penny. However, more often than not, these vehicles end up depreciating in value to the point where they’re worth nothing more than their function in getting you from A to B.

This time, we check out a car that was the cream of the crop back in 1991. In fact, this Mercedes-Benz S Class was about the most expensive option that you could purchase if you wanted to get yourself behind the wheel of a Mercedes-Benz. At $150,000, even these days, it would still proved to be a rather expensive vehicle, even after accounting for inflation. Therefore, you could just imagine how much of a status symbol this would’ve been at the time. With this one, we ride along with Doug DeMuro as he takes us for a tour of exactly what you could’ve expected if you bought this baby brand-new in 1991. One of the best parts is that the car hasn’t really even been modified all that much which makes a little bit more entertaining to look at in its original luster.

If you follow along in the video below, you’ll be able to get a look at this pristine 1991 Mercedes-Benz. While years might not have necessarily been too to kind to this car in terms of value, bringing it down in value a substantial amount, it’s still a pretty cool vehicle to take a look at to see just how expectations have changed over the years as to what such an expensive vehicle will be able to bring you.