The 2021 Bronco Promises a “Crawler Gear” But How Does it Work? 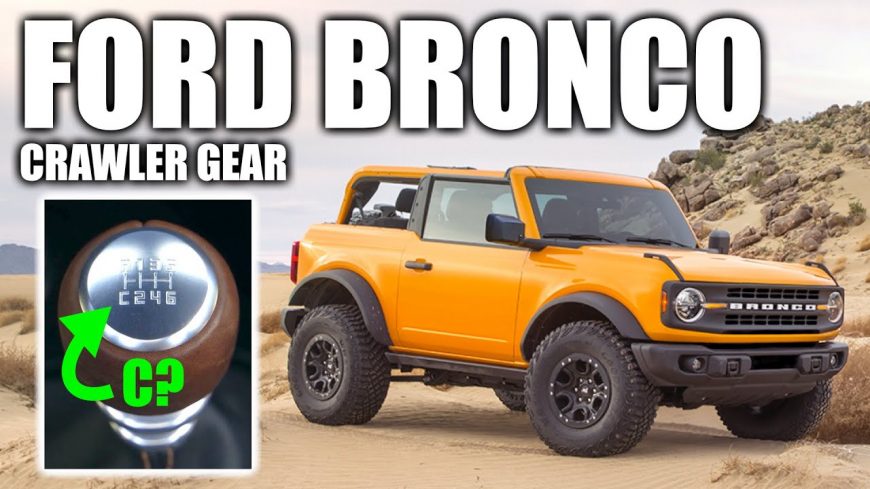 With a name plate like “Ford Bronco,” those behind the revival had to be pretty on point. At the end of the day, we have seen some of these revivals go catastrophically wrong. Enthusiasts of the nameplate are definitely going to have high expectations. One false move and the Bronco could end up falling into oblivion with the likes of the Dodge Dart and probably Chevrolet’s Blazer reboot… whoops, did I say that out loud?

Anyways, if you were anywhere near social media last week, you might’ve noticed that the 2021 Bronco was received incredibly well. In addition to a very aesthetically pleasing release, we were inundated with lots of information about the vehicle. Ford didn’t stop at paying homage to the classic. They went a long way toward making sure that this new vehicle would be technologically advanced along with providing a platform that’s incredibly capable.

When it all ties together, the Bronco promises to be a ride that will accel far beyond just another mall crawler. Instead, the truck will give drivers the opportunity to head off the beaten path with confidence and gusto.

In order to do this, there are in abundance of off-road features offered up. This time, though, we follow along with Engineering Explained to dive into one feature in particular. That feature is the crawler gear.

By following along with the Engineering Explained video below, we get the entire rundown on what the crawler gear is all about. While we are reminded that this isn’t the first vehicle to ever offer a crawler gear, revisiting the technology in a new and exciting platform is something that we’re all ears for. Let’s just say that the low speed, high torque option is going to help the Bronco get out of some sticky situations from time to time.