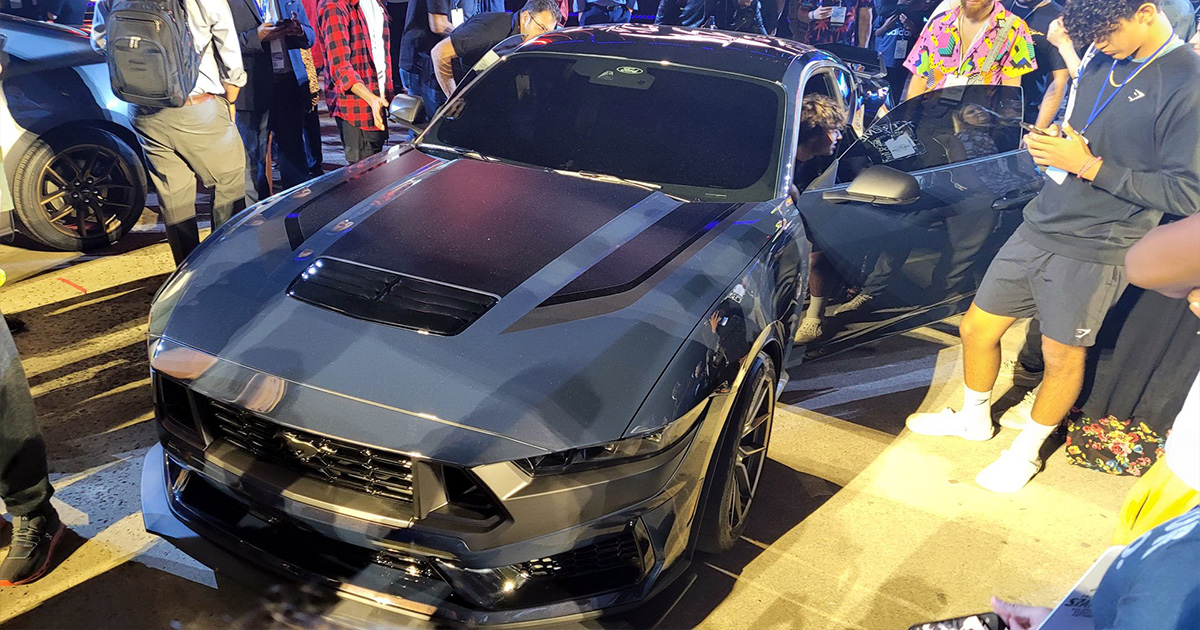 Regardless of which manufacturer one might find themselves to be a fan of, it’s hard to deny that Ford’s Mustang might just be one of the biggest automotive cultural phenomena to ever exist here in America. Ever since the model was introduced and kicked off the era of the pony car, the Mustang has been synonymous with everything Americana.

As of Wednesday, we now know how this lineage is going to continue as Ford pushes toward the future with the seventh generation of Ford Mustang which, by the way, has not skipped a beat since it came out all the way back in 1964, living on as the longest produced muscle machine in history. Oh yeah, and gear heads will be happy to learn that neither the GT nor the newly introduced “Dark Horse” model seen below in a clip from CNET Highlights is going to be electric-powered.

This time, we get the rundown of all the 2024 Mustang GT is going to offer. Thanks to our host, Raiti’s Rides, we get to learn about the differences between the new S650 and its predecessor, the S550. Some of these differences are a little bit more obvious as the car has a very distinct look although some of the features are a bit familiar.

In the video below, we get a complete tour of the new tech, materials, and even an interesting flat-bottom steering wheel that really pops out at us. Fans of the 5.0 L Coyote V8 will be happy to see it under the hood yet again. The car also possesses the option of a six-speed manual gearbox which is becoming more and more of a rarity in cars these days.

So, will the S650 be the best Mustang to date? That’s definitely going to be a subject of discussion. The exciting part, though, is that that discussion starts today.