While most of us would be incredibly amazed at the opportunity to own a ...

While most of us would be incredibly amazed at the opportunity to own a million-dollar home, there are some people who find million-dollar homes to simply be appetizers. It’s pretty tough to imagine something worth seven figures being “cheap.” Instead, these folks might find it within themselves to go out and purchase some of the most expensive homes that America or the world has to offer. For those making billions, though, certainly, a few hundred million won’t hurt.

Let’s just say that luxuries never end if you have money to spend. Some of the most luxurious mansions in the world will have all of the amenities that one could ever imagine. For example, some of them have the likes of their own built-in saloons, game rooms, and even sporting complexes. Basically, if you can imagine it or have ever seen it, there’s a good chance that somewhere in the world, there’s a home with that amenity for sale.

This doesn’t even consider some of the gorgeous landscapes that one can find a home built on. The views are nearly endless and lots of property can be included as well. Whether it’s a breathtaking look at Lake Tahoe or massive acreage that basically acts as its own village, if you can dream it, it’s for sale. All you need is a nice-sized bank account to back it all up.

In any case, this time, we take an inside look at the five most expensive properties on the market right now. These properties start out at around $65 million and rocket their way upwards toward $165 million.

By following along with the video below from Ridiculous Real Estate, we get the up close and personal tour of some of the homes that will really make jaws hit the floor. No matter who you are, there’s a really good chance that a video like this will make you feel a little bit like an underachiever. Don’t worry, though, there are only a select few who are actually able to swing a residence like one of the five most expensive in America.

When it Comes to Automotive Living, Look No Further Than "The Penthouse" 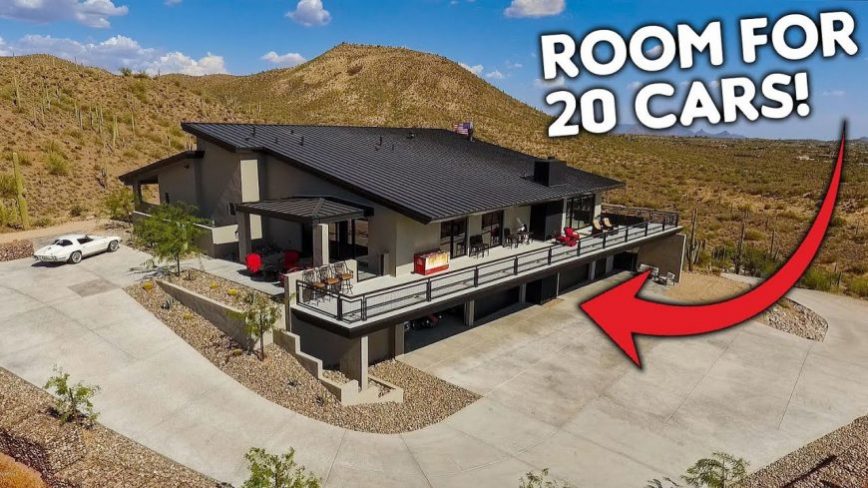