When the Dodge Demon originally came out, I don’t think that you could say that ...

When the Dodge Demon originally came out, I don’t think that you could say that there were too many people outside of the doors of Dodge that really knew what was going on with this thing. Sure, we all knew that it was designed to be the fastest Dodge Challenger ever and would pack an insane amount of power, essentially making it a street legal race car. However, when it came down to the nitty-gritty in all of the details that Dodge took time to make sure were perfect, the Demon ends up being a lot more than what it is on paper which is already pretty impressive to start with.

txt – Need the space above for image (please leave space)

You would think that if the Demon had shortcomings, car reviewers would be quick to point them out as they’re always looking for those hot button topics to keep the viewer interested, however, it really seems like with each and every automotive personality who gets behind the wheel of one of these things really ends up falling in love with it. It’s kind of scary to think about how a car with such massive hype surrounding it is going to live up to the rumors but the Demon is coming through with flying colors.

If you follow down the video below, Parker will give you a top to bottom guided tour of what exactly to expect with an extreme performance monster like this one. Not only do you get a car that is sure to make everybody take a second look when they peek at it but also one that really looks like a complete blast to drive as lots of time, effort, and attention to detail have really been invested to make sure that the Demon goes down in history books as one that they got right.

Dodge Demon Oil Change - What You Should Know 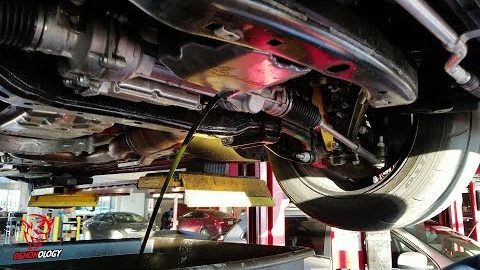