Drop What You’re Doing: The All-New Ford Ranger Raptor is Coming in 2018 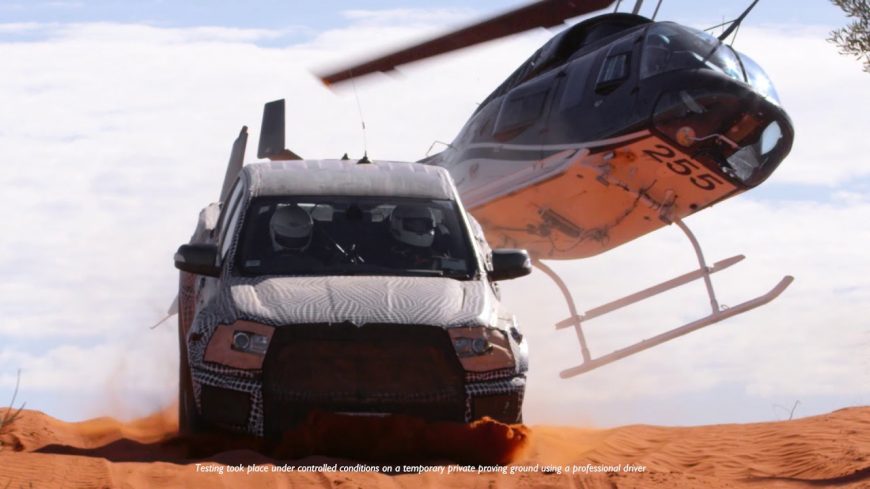 No! You didn’t misread that title. Ford has recently come out with a little bit of news that’s about to shake the internet to its core as it shoots to bring back the revolution that is the performance mini truck.

Ever since nameplates like the GMC Syclone, the mini truck market has been thirsty for a member that would really kick it up to a new level and with this announcement, Ford might just be the one to do that with a Ford Ranger Raptor. While the truck has been announced for Australia and other Asia Pacific nations next year, in 2018, it hasn’t been confirmed for the United States as of yet, but early speculation says it will be likely since the base Ranger is slated to make and appearance on American soil

In the teaser that Ford posted in early September, we get a quick taste of the machine that’s been stacked up to tackle the performance market with a performance stance, likely to mimic its older brother in the Ford F-150 Raptor with a custom suspension, wheel and tire setup, and dare we say turbo EcoBoost as well?

At this point, they haven’t given out too many details but it would make sense to think that the truck would sport the same power that seemingly all of Ford’s other performance platforms have taken on. Just maybe we’ll see a Coyote option for those who really want to get a little bit freaky.

Check out the video below that shows the camouflaged beast being unleashed in a sandy wonderland, really ripping on the power that lies under the hood, whatever that might be. Without so much as a solid exhaust note to go off of, we aren’t left with much information to provide yet, but perhaps that’s the most exciting part of the whole ordeal! Stay tuned to Speed Society to hear more about the truck as the details begin to trickle out.

« When repairing a $60,000 tractor tire is cheaper than replacing it!