The best police chase we have ever seen outside of “Hollywood”

The best police chase we have ever seen outside of “Hollywood”

Police chases, by their very nature, are intense affairs, though real-world pursuits ...

Police chases, by their very nature, are intense affairs, though real-world pursuits rarely match those we see in action movies for excitement. However, as you will see in this video, some of them come pretty dang close!

Saddling up with a motorcycle officer in Sao Paolo Brazil as he begins to chase a fleeing suspect, we are given a first-person perspective from his bike-mounted camera. As the chase unfolds, both suspect and pursuer reach fairly high speeds and squeeze into, and through, some hair-raisingly tight quarters. However, be it luck or skill, both manage to avoid any high-speed impacts, even after spending some time on the sidewalk and quite a long stint zipping headlong into oncoming traffic.

The chase comes to a sudden halt when the suspect runs through a redlight and gets taken out of commission by an oncoming motorist. The impact is relatively light, though, and the suspect seems to be okay, despite the pursuing officer running over his arm as he brings his bike to a halt. Both of these riders pulled some ballsy – or what some may just call stupid – moves that could have ended very badly. Luck was on their side, though, and both lived to ride another day, though it may be a while before the perpetrator is back on two wheels! 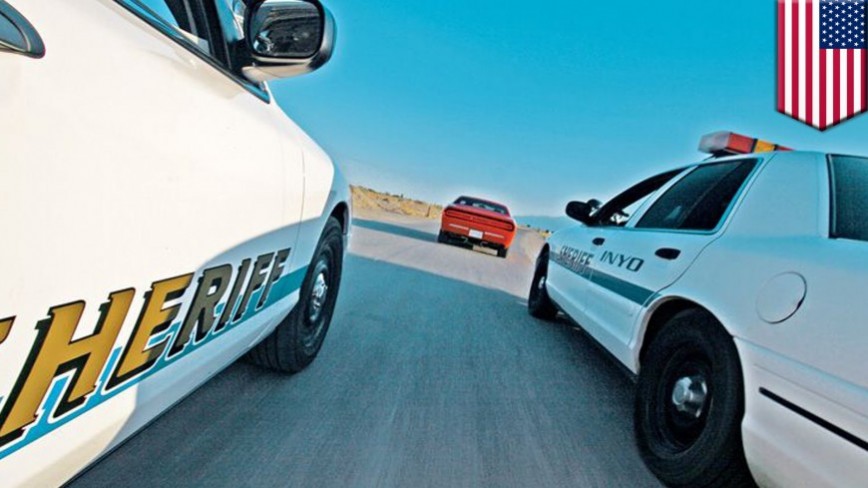