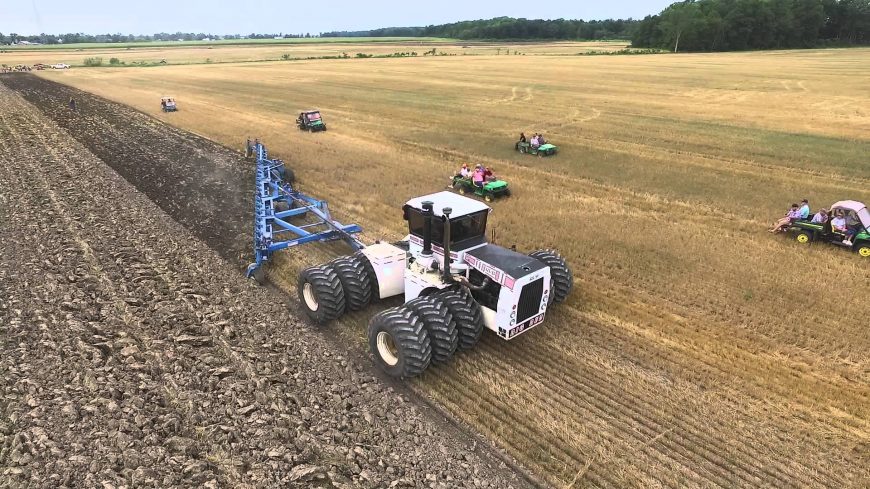 If you’re talking about machines that get put to use out in the field to get the farming task at hand wrapped up, it doesn’t get much bigger and better then the Big Bud 747, the largest farming tractor in the entire world.

This time, we’re checking out the 747’s slightly smaller brother in the 525/50 which is still monumentally giant and isn’t afraid to show off its stuff.

We get a unique look at the major scale farm equipment as a drone is used to capture an interesting perspective of the machine going to work as shot from the sky. There’s something that’s just so satisfying about watching the equipment get the rather large job at hand done in a jiffy.

Check out the mega-farming video below. It doesn’t get much better and bigger than this. This piece of farm equipment is really big enough to knock over an and entire neighborhood and then some!