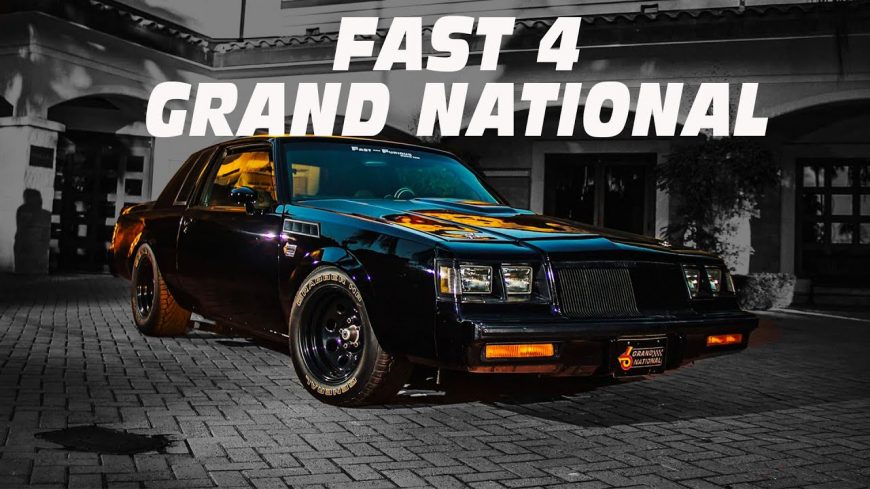 When it comes to the Fast and Furious franchise, as it has grown, the cars have become more impressive to the casual car fan. In other words, those picking out the machines want to find the cars that appeal to the widest audience possible. This means that some of the niche cars beloved by hardcore car guys can sometimes get left out.

A gleaming example of this phenomenon is the Buick Grand National. To those who know a thing or two, the Grand National is a legend of the performance community. In fact, it might just be on the Mount Rushmore of 1980s performance machines. It stood as an innovator for the future of cars as it was far ahead of its time. To this day the car is well respected. However, to someone who isn’t all that into it, the Grand National looks like another boring old Buick. It wasn’t hard to see why the model had been left out of the first three Furious movies but it was also one that enthusiasts yearned for.

When the fourth installment came around, the legendary Buick would finally be given its due. Used as a machine for highjacking an oil truck, the car would be allowed its time to shine.

This time, Craig Lieberman, one of the guys responsible for picking out the early Fast and Furious cars tells us the story about the Grand National. This includes everything from the adjustments made to the cars in order to make them more attractive on-screen to the number of stunt cars involved in the film.

Yes, they actually beat up some real Grand Nationals.

We even get the scoop on what happened to the cars from the film that all went in their own different directions. In the video below, Lieberman also talks a bit about how they ended up at certain auctions, collections, and even a museum.