The Classic Mercedes That Could Be The Best Sleeper 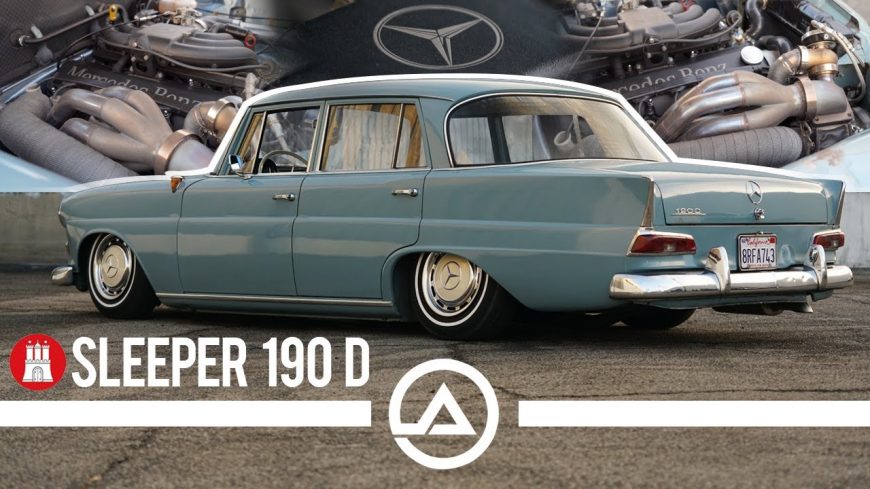 We would venture to think that most people who have familiarity with old school diesel-powered Mercedes-Benz products like the 190D will agree upon at least one thing. These machines definitely don’t make very much power. In fact, we would argue that drivers find it difficult to get out of their own way when behind the wheel of such a machine. At just under 2900 lbs, these lead sleds aren’t as heavy as they look. However, the factory diesel engine was advertised at all of 60 hp and 87 lb-ft of torque. As if that wasn’t underwhelming enough, we’re pretty sure that an engine that’s over 50 years old probably isn’t even operating with that much potency anymore.

In this case, we check in with a builder who decided to go on a different route instead. While the original diesel does have a kind of cool factor, the idea that it’s so incredibly underwhelming has influenced this Mercedes-Benz owner to swap it out with something else entirely.

In place of the old school diesel, we actually find another German automaker residing under the hood. That’s right, this old-school Mercedes-Benz has power sourced from a turbocharged E30 BMW. It’s really enough to make the purists crawl in their skin but the rest of us are really having a good time checking this one out.

In addition to making for an interesting combination, the combo also serves as a means for this thing to be a pretty quick little ride. At the end of the day, the man behind it all says that he wasn’t exactly building this one to be a record-breaker at the drag strip. However, it really does seem as if the machine has more than enough power to scoot around town and have some fun. Better yet, with the new powertrain, we’d wager that this old school Benz can actually merge into traffic now.