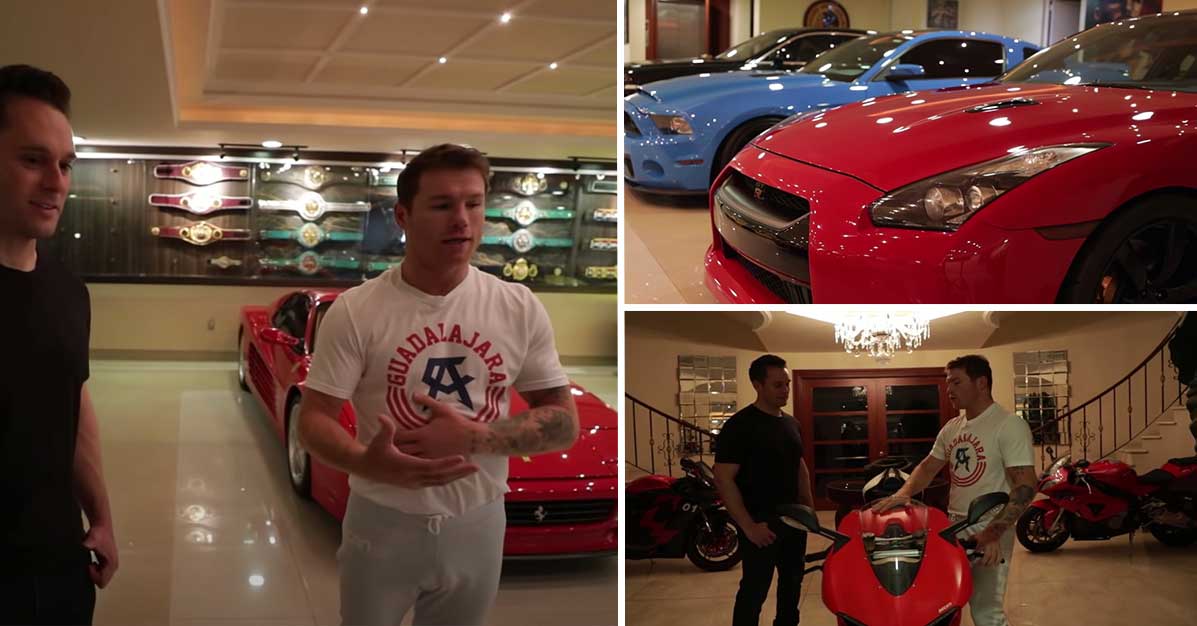 Sometimes, we just stumble across a story that’s so awesome that we can’t help but blast it to the masses.

One story that has seemed to be grasped quite well by the general public is that of Canelo Alvarez. Alvarez grew up in Mexico, selling popsicles and ice cream for his family’s business. However, a massive success in the world of fighting has netted Alvarez a $140 million estimated net worth. That’s a number that’s probably a bit low as well as there’s not much of a way to know what kinds of investments the fighter has taken on.

This time, thanks to Graham Bensinger, we get to take an inside look at Alvarez’s car collection and mansion alike. It’s certainly no secret that boxing can make one incredibly wealthy. Apparently, Alvarez has some pretty high-end tastes to match. He’s certainly not conservative when it comes to spending a couple of bucks here and there.

Those who weren’t fans of Alverez before might find themselves drifting a little bit into his camp after checking out his collection. If that’s not enough for you, though, maybe the story about how Alvarez negotiated the release of his brother who was a hostage might help. Just a couple of days before a fight, Canelo would have to negotiate with those who were holding his brother captive. A few days later, he would go on to win the 2018 bout.

Alverez has proven to be impressive in not just one weight class but has won world championships in four of them. Not only has he climbed to the top of the top but he also has come from quite modest beginnings. Alvarez says that he gives tours like these not to gloat but instead to help inspire people who might be starting out in situations like he was in.

« Why Exactly is America’s Police Force Dominated by Fords?