The Conspiracy Around the Fastest Drag Racing Pass Ever Recorded 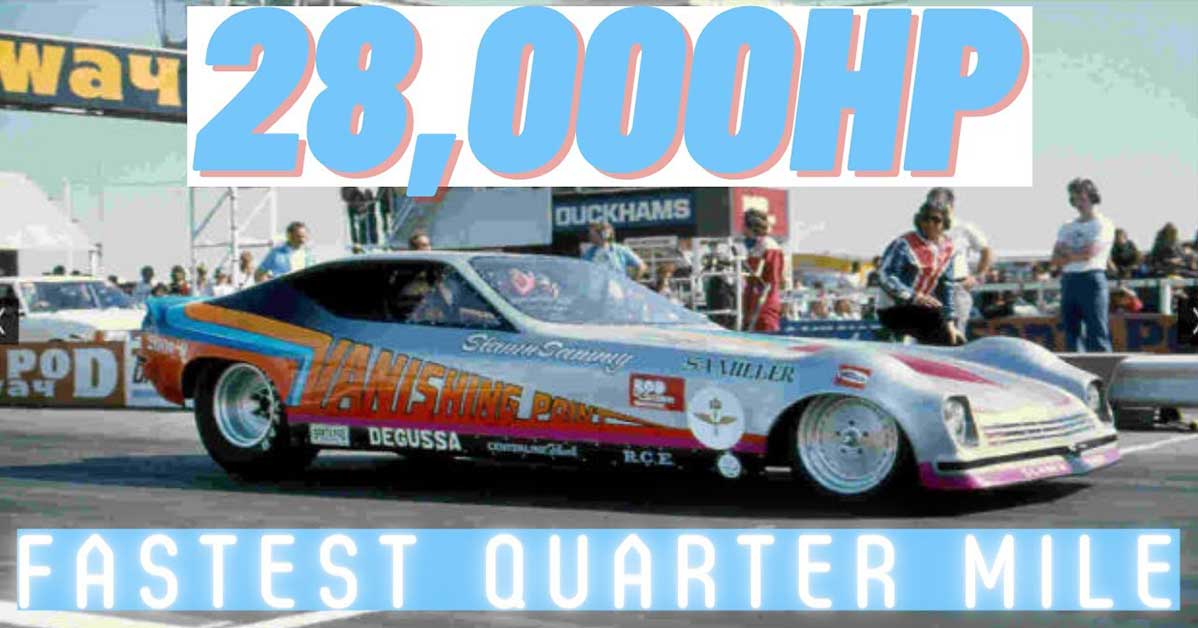 These days, when we look across the drag racing community, there is an abundance of fast cars. In fact, it seems like the cars get faster every single year. As new technology comes out and teams get even more data to be able to improve upon their previous best, we’re able to watch world records fall time and time again.

However, many might be surprised to hear that the fastest pass to ever happen down the quarter-mile came all the way back in the 1980s. That’s right, the world record to end them all hit the history books back in the early 80s and has remained untouched for over four decades

There is no doubt as to who owns the record. When we talk about what the exact number should be, though, there are definitely some conflicting opinions.

To get started, we head back to 1978 when a man by the name of Sammy Miller debuted a rocket car. This machine would go by the name of “Vanishing Point” and would boast 28,000 hp. Over the years, the car would make a variety of passes and ended up shattering lots of records. For example, it would make the first-ever 3-second pass in history back in 1979 when it managed to go 3.94-seconds to the quarter in Florida.

The car was also the first to 300 mph out in Europe when Miller managed 307.6 mph at Santa Pod.

Officially, the record for the quickest quarter-mile stands at 3.58-seconds to the tune of 386 mph as set by Miller back in 1984. However, some say that another pass would put the record at 3.22-seconds at 402 mph. While he’s the record holder, either way, shaving over 3 tenths of a second off of the record is a big deal, so what gives?

From what we can gather, it seems like sanctioning bodies for drag racing require records to be backed up within 1% of the record-setting pass. Because of this, the 3.22-second pass that stood alone would never hit the record books. It’s also said that the late Kitty O’Neal aka “the fastest woman in the world” managed a 3.22-second quarter mile herself in the desert but there is no known footage of the pass.

To this day, as the record books have it, the quickest quarter-mile ever is held by Sammy Miller’s Vanishing Point at 3.58-seconds. However, others might tell you that the pass was a bit quicker!

« Exploring an Abandoned Yacht is Just as Exciting as it Sounds!