The SR-71 Blackbird still stands as the fastest aircraft ever built – at least among ...

The SR-71 Blackbird still stands as the fastest aircraft ever built – at least among those that took off and landed under their own power – and is the only US spy aircraft to make it through it’s entire career without a single craft being lost to enemy fire. However, just because it wasn’t shot down doesn’t mean the enemy didn’t try.

It is estimated that enemy missiles were fired at the SR-71 as many as 800 times, but the plane flew too high and too fast for most of them to even be considered a real threat. This video, however, features one of the pilots recounting an effort by the North Koreans to bring down the Blackbird that was a bit too close for comfort.

On their third pass over the demilitarized zone between North and South Korea, the pilots were alerted that a missile had been fired. They were able to get visual confirmation of the enemy projectile and maneuver to the south just enough to avoid the missile. The pilot estimated the explosion from the missile was about a mile away, which doesn’t sound very close, until you think about the speed of the plane. At its typical cruising speed of Mach 3.2, the plane covers a mile ever 2-3 seconds, which makes the situation a little more tense. 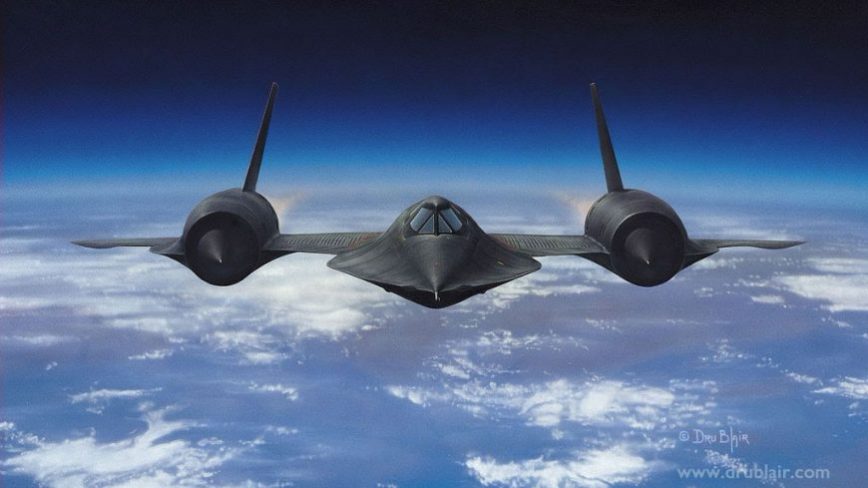