The Dodge Demon World Record Battle Edges in on the 8s

The Dodge Demon World Record Battle Edges in on the 8s

There’s an interesting phenomenon within the automotive community, more ...

There’s an interesting phenomenon within the automotive community, more specifically, the performance community, that has shops, tuners, and individuals alike trying to knock down records and be the first to accomplish certain goals. When a car is hot off the presses and is going to be one that can help build the reputation of a shop, as people who have their eyes on these vehicles know that everybody’s going to be building them, these shops will try to be the first one to break the 10,9, and 8-second barriers, and sometimes even deeper to show what they’ve got.

The latest platform to get in on this trend is none other than the Dodge Demon because it’s definitely a car that everybody has their eyes on. Just to give you a little bit of a refresher course on the car that just reset that record, last time, we checked out the HPE1000 package, it went 9.38-seconds down the quarter thanks to just over 1000 hp at the crank and 880 hp at the wheels via an upper and lower pulley which are accompanied by bolt-ons and a tune. It seems like just a couple of small tweaks but honestly, it seems like the Demon is so robust out of the box that these minor modifications are all that it needs to make magic happen.

This time, we catch up with this package once again as it takes another aim at the standing world record and knocks it down flat, snatching back of the title as the fastest Demon to ever hustle down the quarter-mile. It’s pretty insane to watch these cars go at these numbers because in years prior, watching performance cars make their way down the strip this early in their life cycle would be yielding maybe low 10-second passes but with just basic mods, the Demon is already on the brink of the 8s. It’s definitely an exciting journey and you might want to keep your eyes peeled because you never know when that record is going to fall yet again. 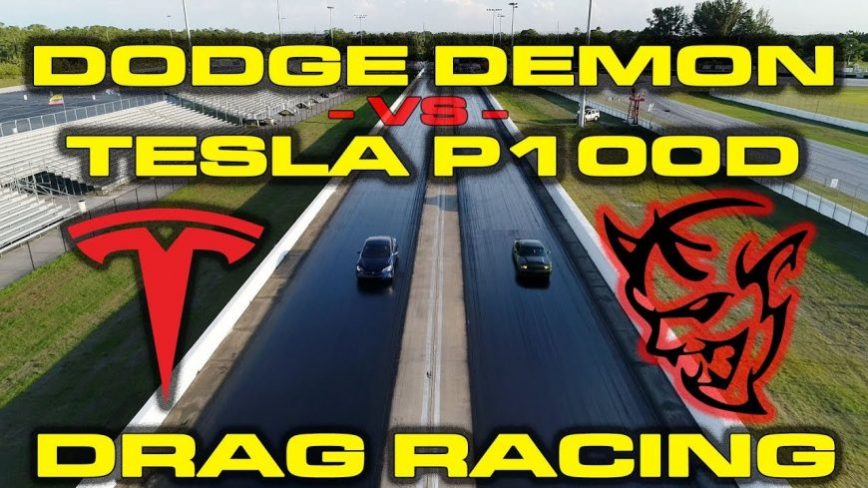