Sure, the Dung Beetle might not look like much but if you have ever seen this thing ...

Sure, the Dung Beetle might not look like much but if you have ever seen this thing rock, you know that it isn’t the appearance that counts. The heart of this tiny beast is what really makes it the center of the show when it comes time to race. Let’s just say that AZN’s car has had more than its fair share of surprising other racers.

This time, when Farmtruck and AZN go out fishing, they come across a custom old school hot rod sporting a big block V8 that looks like it’s ready to go to war in a straight line. After a little bit of convincing, the guys got the hot rod owner to agree to do a little race for a small pot of $100. They would head to their secret back road spot and it was on. As the Dung Beetle has been designed to work on the streets every time, it was able to hop out to an early lead with AZN behind the wheel. However, that big block was cranking out some major power and began to reel the Beetle back in as the rear end of the hot rod kicked around and got a little bit loose.

Would the driver of the hot rod be able to remain control and end up coming around the souped-up Volkswagen Beetle to taste victory? Check out the video below to see how close this race ended up being. Whenever the Dung Beetle hits the streets, it’s always a ton of fun to watch go down. 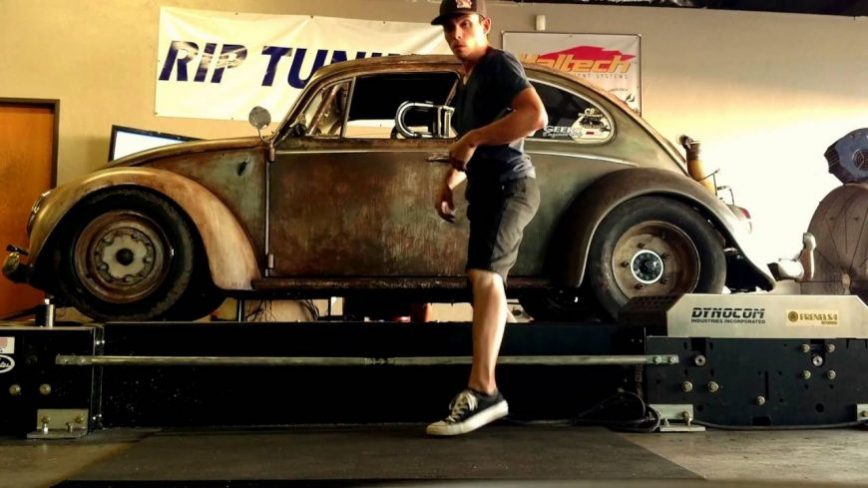