The Fast and the Furious – Final Race Scene – Homemade with Toys 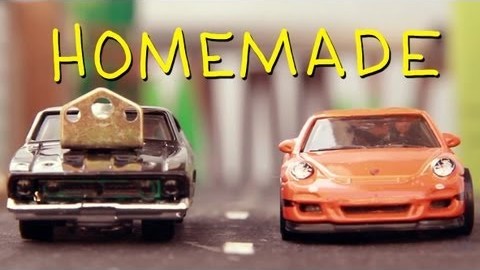 The Fast and the Furious – Final Race Scene – Homemade with Toys

The cult film, “The Fast and the Furious” has drawn more attention than anybody could even imagine and with this obsession that we can’t seem to shake comes all kinds of fan art and recreations.

This time, the final scene in the movie is reenacted using nothing other than scaled diecast cars. We’re not going to lie here, this had us belly laughing from start to finish.

Check out the video below as this hilarious rendition of the Toyota Supra vs Dodge Charger race comes together. We promise that you don’t want to miss this one!

If you got a kick out of this, then you’ve got to see this Fast and Furious spoof trailer!