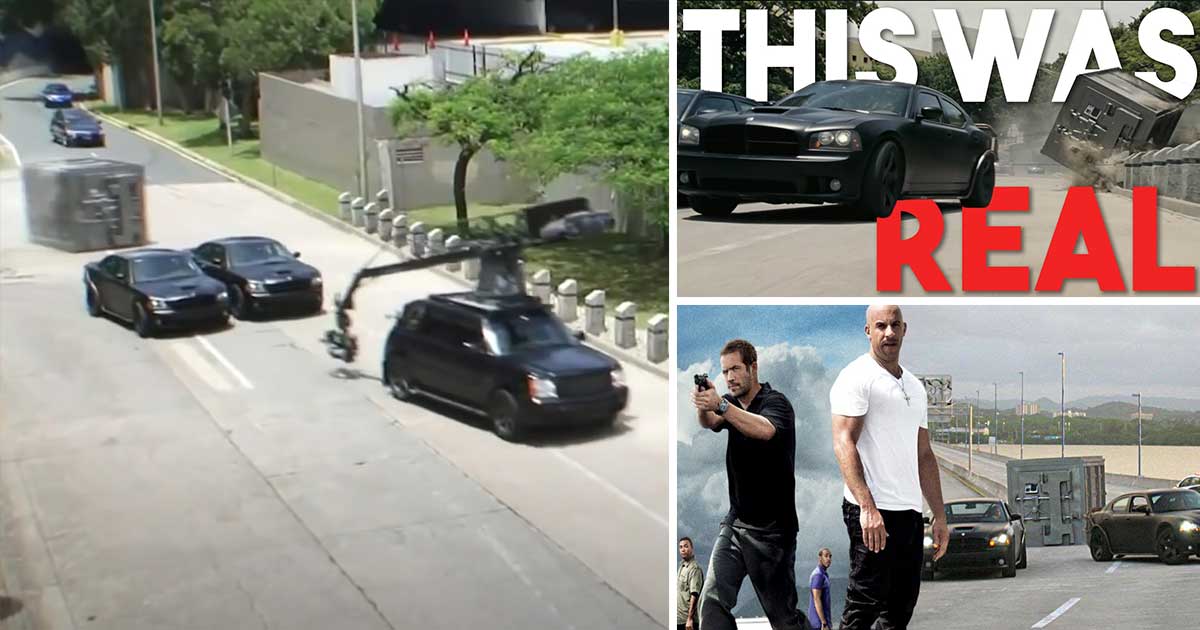 Computer-generated images are getting incredibly advanced these days. It’s to the point where they can be inserted in movies at different points and really enhance the ability to tell stories. However, no matter how good the CGI, sometimes, the situation really is a reach beyond reality.

In fact, even though it looks good, most CGI can still be interpreted by the brain and distract from a movie. That’s a subject of discussion for another time though.

With that, there are certain filmmakers who simply want to do things the old-school way. Sure, CGI can help make things look a little bit more extravagant. However, sometimes, actually creating extravagant set pieces and setting up stunts that need to be timed perfectly is the way to really convey a scene in a way that’s believable.

This brings us to the Fast and Furious saga and all of the insanity that we’ve watched with it on screen.

One of the main conversation points about the films are how they have come so far from the roots and turned into a sideshow of sorts that’s more or less about big stunt displays. The vast majority of these stunts are pretty much impossible in real life and kind of can feel a little bit over-the-top.

However, the goal of the filmmaker is to take these over-the-top situations and make the viewer kind of set aside reality for a moment. Sure, we don’t really believe that a couple of Dodge Chargers are going to successfully haul a bank vault through the streets but being able to suspend reality for just a couple of minutes to watch an epic chase scene is really what it’s all about.

In order to perfectly put together a scene like this, no matter how close it is to being physically impossible, the filmmakers decided to actually go out and record bank vaults being drug through the streets. Naturally, this still took a pretty good amount of stunt work to be able to make it look believable. However, the video below shows us exactly why the practically shot scene from Fast Five is really unlike many others with a similar over-the-top nature.