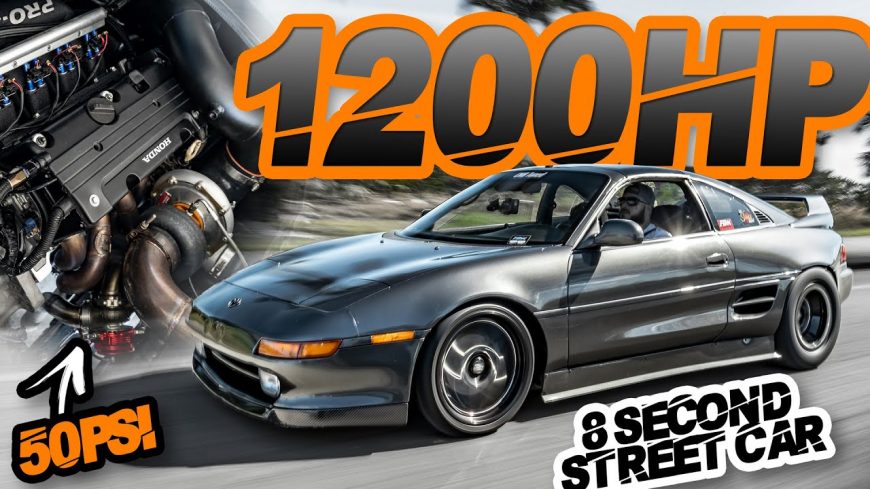 Here in the car community, every once in a while it’s incredibly interesting to be hit with a little dose of something unique and different. While the idea of building a Toyota MR2 to be a racing machine isn’t exactly brand new, it isn’t too often that we see one like this.

This time, we ride along with the feature from the guys over at That Racing Channel that takes us inside of quite a potent little machine. While this particular Toyota may be small in size, it really delivers an insane level of horsepower, cranking out 1200 ponies through a turbocharged Honda power plant. As if the lightweight nature of the car wasn’t enough, the power is really enough to complete the package.

1200 hp is a lot of oomph in something that’s this heavy. When it’s combined with a platform like this, the combo is just too juicy to look away from. It’s basically like driving around in an absurdly potent go-kart.

So, what exactly is it that makes a ride like this tick? With this feature, we get to the bottom of just that as TRC rides along with the monstrous turbocharged Honda-powered racing machine at the strip.

Down in the video below, we get filled in on all of the details along with checking out all of the sweet, sweet action. It’s quite incredible to watch as the car uses every square inch of the racing surface, swerving side to side before making its way down the track to some wild passes.

The best of the day would have the MR2 capping off a successful session with passes over 180 mph that reside in the eight-second range. Being inside of this beast has to be one crazy ride that is definitely a story to write home about.

« The New and Improved Sherp Can Go ANYWHERE Even More Efficiently