Steve “Stevie Fast” Jackson is one of the most dynamic personalities ever ...

Steve “Stevie Fast” Jackson is one of the most dynamic personalities ever to grace the sport of drag racing. Through the years, he has amassed a cult-like following among race fans all over the country, and around the world. At first glance, Stevie comes across as an awe-shucks southern boy with an infectious grin and an endearing drawl. Watch and listen a little longer, and you’ll find yourself wrapped up in his “can-this-really-be-true?” stories – and yes, they are all true – and wanting to hear more. One part good ol’ boy, one part world-beating driver and tuner, Stevie Fast is 100% badass.

Over the past several years, Stevie has taken the grudge world by storm in NHRA Top Fuel crew chief Phil Sheller’s “Shadow”, a sinister, low-slung fox body coupe. Behind the wheel of Shadow, Jackson was rarely beaten in no time racing, and eventually had a hard time finding worthy competition, so Shuler and Stevie decided to take the car radial racing. They took the radial world by storm, surprising exactly zero fans who never doubted the team would be immediately competitive, with a #1 qualifying effort and quarterfinal finish in their first radial race and a win the 2nd time out.

In October, things took a drastic turn for the worse. Lined up alongside Dewayne Mills in the very lane that had sent Mills skyrocketing into the blue Georgia sky just over a year earlier, Stevie Fast and the Shadow took their final ride together when the nose lifted past the point of no return around halftrack and sent the car skyward. Jackson would be beaten and bruised in the crash, but was free of significant injuries. The car, however, was a total loss, ending the days of the legendary Shadow.

In this multi-part series, Jack Walworth and his RAW3 cameras followed Steve and his crew through the final race, Duck X Productions‘ No Mercy 7 at South Georgia Motorsports Park. This level of access is unprecedented in small tire racing and provides a great look inside the Killin Time Racing team and what makes Jackson tick.

The first video in the series gives us a glimpse of Jackson rarely seen: the family man. We see Stevie and crew poring over the car in preparation for the race while Jackson discusses his journey with Shadow. Then, while waiting out a pre-race thunderstorm, Stevie gets a FaceTime call from his wife and daughter, and then shares the importance he places on his family and what happens when his daughter calls! Join us later as we share the whole series and follow the last days of The Shadow. 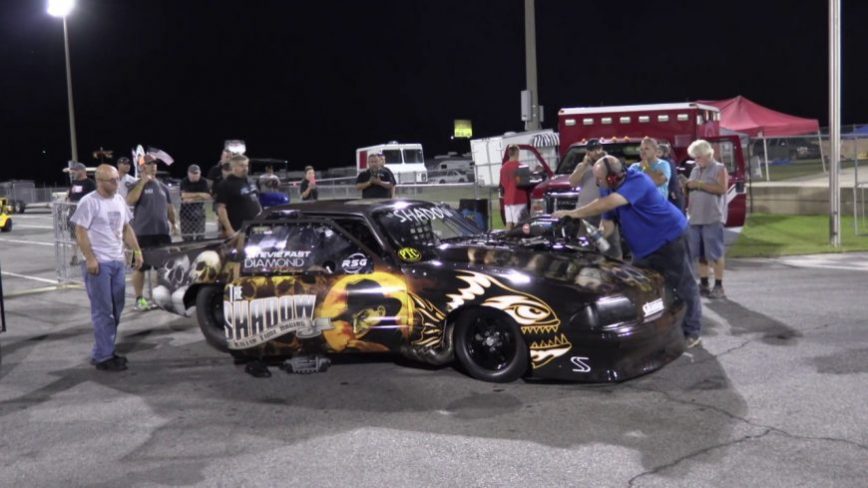